Lana Del Rey, The xx and Stevie Nicks miss out on Oscar nominations for Best Original Song – what else did the Academy overlook? 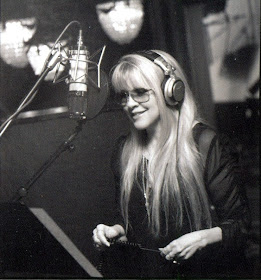 
Considering songs from Sound City for consideration sort of feels like cheating, since the film, produced and directed by Dave Grohl, was about the historic Los Angeles recording studio where he and Nirvana recorded Nevermind in 1991 (and where we met him and Rick Rubin last year). For the film Grohl collected a group of all-star musicians to record a song with him on the equipment he salvaged. Among them were Paul McCartney, with whom he and the rest of Nirvana recorded the somewhat unfortunate “Cut Me Some Slack”, which, like the album itself, was nominated for a Grammy. The best of the bunch was this haunting number done with Stevie Nicks, who can't not be haunting come to think of it.