25 Great Albums from the new Millennium: Stevie Nicks "In Your Dreams" ranks right there near the top 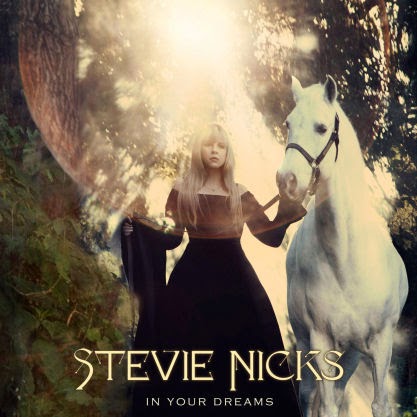 Rock icon Stevie Nicks has put out some great solo records, but In Your Dreams ranks right there near the top. She collaborates with Dave Stewart of Eurythmics, which proves to be a shrewd choice. Stewart is a master in the studio as well as an ace guitarist and songwriter, and one of the best producers in the business. Like Nicks, Stewart works best with a strong collaborator, as he did for so many years with Annie Lennox. In Your Dreams has some truly breathtaking moments, like the wistful ballad “For What It’s Worth.” One can’t help but imagine what some of these songs would sound like with Lindsey Buckingham and Christine McVie harmonizing along, but that’s just a testament to the strength of the material. The title song is another winner, and first single “Secret Love” is a strong opener. Dave Stewart’s blazing guitar takes center-stage on the excellent “Wide Sargasso Sea.” It’s a shame that In Your Dreams didn’t do better commercially. It did reach #6 in the U.S. upon its release (although with first-week sales of barely over 50k), but quickly tumbled down the charts. There seems to be a tendency by fans of older artists to ignore the newer stuff, and that’s a shame. This is still the same Stevie Nicks who wrote and sang classics like “Dreams,” “Landslide,” “Sara,” “Gypsy,” “Stand Back,” “Nightbird” and so many others.