Video: Stevie Nicks and the late Ray Kennedy singing "Bring It On Home To Me" at Mick's Wedding 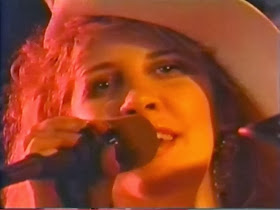 "Bring It On Home To Me" - featuring the late Ray Kennedy, Stevie Nicks, Dave Mason, and Robbie Patton on vocals, Mick Fleetwood on drums, John McVie on bass, Jeff Healey on guitar, and the LA Philharmonic players. Recorded at Mick and Sara Fleetwood's wedding in Malibu, California April 24, 1988.

Another pretty cool thing that surfaced today is this photo of Stevie from 1997 shared on Facebook by Jim Marshall. 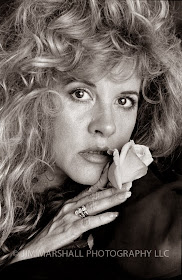