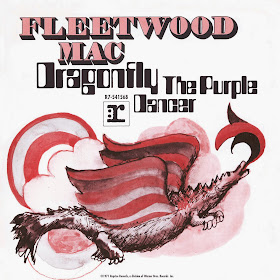 RECORD STORE DAY 2014 - 4/19/2014
Fleetwood Mac’s 1970 tune “Dragonfly,” the first UK single released by the band after the departure of their frontman Peter Green and their first single with Christine McVie as a full member, will be released on 7-inch vinyl for the first time, with “The Purple Dancer,” "The Purple Dancer" will serve as the B-side and features vocals by Kirwan and Jeremy Spencer. It has never before been commercially released in the US.

Record Store Day
Look for a venue close to you here