Mick Fleetwood Goes His Own Way: After 15 years, Christine McVie is to rejoin Fleetwood Mac 'where she belongs' 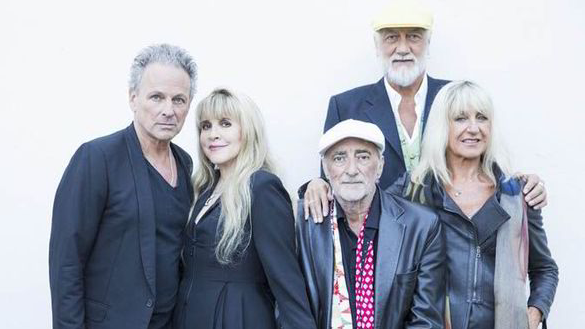 Mick Fleetwood revels that Fleetwood Mac are back - with a full pack
By: Matt Gibson
Sunday Express


Fleetwood Mac’s songbird is flying again, writes Matt Gibson. Christine McVie has conquered her fear of jet travel and will be touring with the band in America later this year, Mick Fleetwood has revealed.


McVie, the driving force behind some of the group’s biggest hits such as Little Lies, Songbird and Everywhere, left in 1998, saying her fear of flying made touring impossible. The band has had many personnel changes but core members have been Fleetwood, Stevie Nicks, Christine and her former husband John McVie and Lindsey Buckingham.
Writing in his exclusive Sunday Express column, drummer Fleetwood says: “The songbird has found her way home where she belongs and the amazing story of Fleetwood Mac continues.”

After 15 years, Christine McVie is to rejoin Fleetwood Mac 'where she belongs'


FIFTEEN years ago I was on a flight, going to a gig somewhere, when my dear friend and virtual sister, Christine McVie, presented me with a very special silver key. A memento, given as a token of our long friendship, that key doubled as a sentimental talisman, meant to keep me safe on all my travels.

The other day, I found the key, tucked away in the fold of my passport case. Remarkably, it had been there for the entire duration of Christine’s hiatus from Fleetwood Mac. Now that she is joining us again, the symbolism is not lost on me. Once again we will be on tour, flying all over the world together. How perfect that this magic key should choose now to make its reappearance.

Christine admitted to me that when she and I first met, she was quivering in her boots, completely intimidated by me when I walked into her dressing room all those years ago at the Marquee Club. The irony being, of course, that my outward appearance, that of a bombastic madman, trapped in a 6ft 7ins frame, in no way mirrored my inner self. There is a reason why kids start crying when they see my giant body and long beard!

How was I to know at that first meeting that Christine would play a major role in my life, both as one of the integral members of Fleetwood Mac and as one of my greatest friends? At the time we met, it was our music that attracted Christine; she would come and see our shows and her band, Chicken Shack, would often be billed on the same night. As the story goes, she had a crush on Peter Green at first but then she got to know John McVie, with whom she fell in love, and married. Christine joined Fleetwood Mac in 1970, when Peter left the band.

Fifteen years ago, Christine sacrificed her touring life with Fleetwood Mac because of her fear of flying. She retired to her home in England.

I myself am all too familiar with the crippling effects of fear. Some time ago, I had a profound battle with stage fright, an issue which was obviously hugely problematic for me. I’ve learned to deal with it although, to some extent, I still have a certain amount of fear each time I step on stage which I must conquer.

The pay-off, because whenever a person prevails over fear there is always a tremendous pay-off, is when I land in the “Zone”. Then I can really enjoy the show and forget about the fear. Similarly, it transpired that in Christine’s life she’s managed to wrangle that fear. She can now get on a plane and be OK; she can play music again and travel.

In fact, she’s just come back from an African safari, travelling around in single engine planes no less! There is a perfect example of being scared and doing it anyway.

Christine is back, writing new songs, experimenting in the studio. It started with her playing Don’t Stop at the O2 in London last autumn. The song bird has found her way home where she belongs, and the amazing story of Fleetwood Mac continues...
Nickslive at Sunday, April 06, 2014
Share