Night of 1,000 Stevies, the 24th incarnation of the largest Nicks fan event in the world 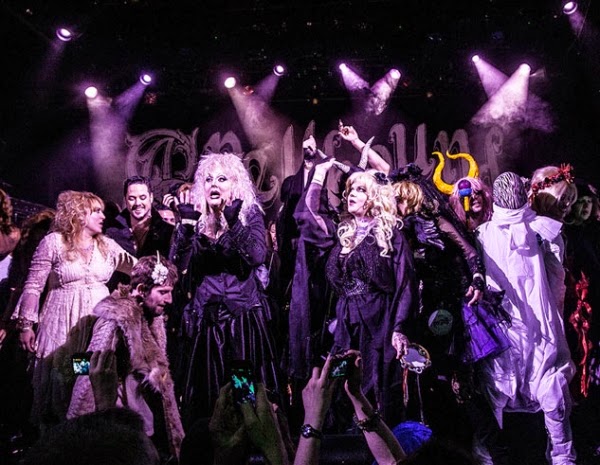 Stevie Nicks remains the key inspiration of her largest fan event, but the diversity of its talent and turnout proves you can be her disciple and still go your own way.


Tambourines were tossed from the stage into a decadent crowd of hundreds, and ample black shawls were available for sale, but Stevie Nicks’s trademark accessories were hardly a requirement at last Friday’s Night of 1,000 Stevies, the 24th incarnation of the largest Nicks fan event in the world. Held at New York’s Irving Plaza, its sixth—and grandest—venue, the mystical affair attracted fans and performers who each found a way to uniquely channel Fleetwood Mac’s witchy woman.

Continue to the full review at OUT.com

Check out the photos from the event

Here's one of the videos produced for the event... Really well done.