Full performance of the 5... Stevie comes in right after Sheryl with "It's So Easy", then the 5 ladies and Glenn Frey perform "When Will I Be Loved". 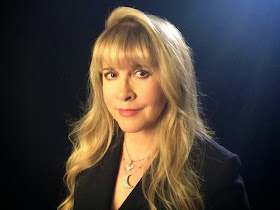 Stevie on singing with Carrie Underwood
The 2014 Rock and Roll Hall of Fame Induction ceremony, airing on HBO  Saturday (31) night, features some of the Rock Hall’s stronger performances in recent years.

In this exclusive clip, Nicks talks about how the ladies’ performance of “When Will I Be Loved” came about — it was a lot looser than you’d think— and has some very high praise for Underwood. Let’s just say she’s glad Underwood wasn’t around during Fleetwood Mac’s formative years.

HBO will show the induction ceremony, which took place April 10 at Brooklyn’s Barclays Center, throughout June on both HBO and HBO2. The show premieres May 31st at 8pm.