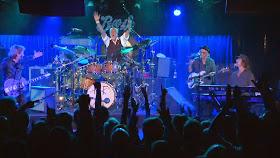 
The Mick Fleetwood Blues Band came alive last night via livestream direct from Solana Beach, CA, the second night at the Belly Up. The livestream of the second show provided by Suretonelive and Cinsay and broadcast world wide online in HD via suretonelive.com and Fleetwood's on Front St. Facebook Page was an exceptionally well produced event with superb visuals and sound.  The online event kicked off about an hour before the show began with Carl Stubner, Chairman of Suretone Entertainment, who has worked with Mick for over 21 years, speaking about how the livestream came together, giving a bit of history on Mick and the Belly Up Tavern and interviewing Mick, Rick and a number of other key people involved who have helped put together this project, a first ever for Suretonelive.

The show was filmed from every angle imaginable by an 8 camera setup which really gave you more than a fly on the wall experience, and I would argue was even better than being in the venue itself. Cameras seemed to be roaming all over the venue and stage capturing the group from every angle possible from up close to wide angle shots of the whole stage. It was really well choreographed as you hardly caught a glimpse of the other cameras unless deliberately shown.  The livestream player was interesting too... during the show, right from within the video player, you could purchase VIP Fleetwood Mac tickets for this fall or Fleetwood's on Front St. merchandise and they also had give-a-ways of the Rumours 2LP/CD Box set for tweeting out the hashtag #MFBBlive. If you shared the live show from the Fleetwood's on Front St. Facebook page to your own page you were entered to win tickets to one of Fleetwood Mac's shows in your city.

The show itself was over two hours long and uninterrupted. Just great music from Mick Fleetwood and his Blue Band featuring Rick Vito... Rick is amazing live! Lot's of energy! What a showman and guitar player. Mick of course is always fun to watch and listen to. He never disappoints. Mick spoke a few times during the course of the show thanking everyone online and at the venue for being there and seemed really excited that he was involved in the first ever livestream music event put on by suretonelive. He said hello to his 97 year old Mother who was at Fleetwood's restaurant on Maui watching the live feed.  Filling out the Blues Band were Lenny Castellanos and Mark Johnstone, who brought much to the sound of the group and were grooving right along with Mick and Rick. Visually, the show was stunning to watch online. The lighting was colourful and it was clear... The sound, if you had great speakers connected was perfect!  They really did do a great job with this livestream and apparently from what they said just prior to the show, it really wasn't planned that far in advance and it all came together rather quickly... So well done to both Suretonelive and Cinsay for bringing the musical experience to the people who couldn't be there!  And thanks to Mick, Rick and the band for a really entertaining night.

(semi-acoustic mini-set: Rick on hollowbody guitar; Mick on cocktail set. Mark Johnstone on harmonica)
09. Black Crow Blues
10. When We Do The Lucky Devil

Thanks to chiliD from The Ledge for compiling the setlist 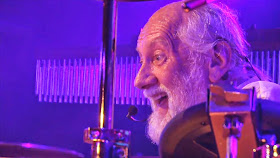 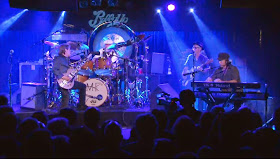 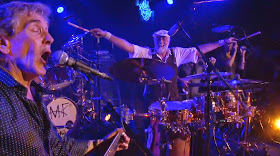