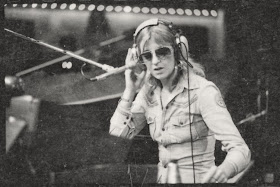 Christine McVie looks into the camera and asks, “How does it feel being a sex symbol in rock ’n’ roll?” Hanging out backstage on Fleetwood Mac’s 1977 world tour, McVie, the band’s keyboardist, looks as if she’s had a few vodka tonics (and if this night was like most on the Rumours tour, probably a fair amount of  cocaine, too). She pauses for the perfect comedic beat, then delivers: “I don’t know; ask Stevie Nicks.” Her blond shag and shiny caftan shake as she emits a husky laugh. “Oh, listen, Stevie’s gonna know I’m kidding,” she says in her proper English accent. The two women of Fleetwood Mac have always been friends. There’s no need for competition when their roles are so clear: Nicks in front, twirling seductively in her shawls; McVie in back, stealthily ruling the keyboards. If Nicks is the band’s witchy goddess, McVie is its warrior queen, strong and steady. She’s also one of its key creative forces, having written half the songs on the band’s Greatest Hits album.

And so in 1998, McVie sent Fleetwood Mac into a midlife crisis of sorts when she announced she was quitting the band. After 28 years of late nights, she was done living out of a suitcase, finished with recording studios and sold-out arenas. She was also increasingly scared to fly. A few years earlier, she’d bought a rambling old manor in the English countryside, and, at age 54, the quiet life beckoned. “I did my last show, got everything shipped out from the house in L.A., went to catch my last flight back to London,” she says, “and didn’t look back.”

Until now. At age 71, after almost 20 years out of the spotlight, McVie has returned. She’ll crisscross North America with Fleetwood Mac on a 40-city megatour this fall, playing Katy Perry–size venues from Boston to Portland. “Serendipity is the only word I can think of to describe it,” she tells me over coffee and salmon-and-cream-cheese sandwiches at her London pied-à-terre. It’s in a modern building overlooking the Thames but made cozy with an overstuffed sofa, a leather chair, lots of Persian rugs, and keyboards pushed up against the floor-to-ceiling windows. McVie looks decades younger than her years and exudes well-earned rocker cool. She wears a simple tank top and jeans with a silver-plate belt and a tangle of bracelets. Her  shaggy blond hair is almost identical to her Rumours-era cut, her skin so tan it’s as if she never left California.

“Since she’s been back, I’m already feeling the steadying effect of her presence,” says Mick Fleetwood, Fleetwood Mac’s drummer and jovial father figure. “There is no doubt that there was a void in the chemistry of the band. The band rose successfully to the creative withdrawal, but emotionally…the balance was challenged.”

Though the band has had a rotating cast throughout its history, the five who will tour this fall—McVie, plus Nicks, Fleetwood, Lindsey Buckingham, and John McVie—are what Christine McVie calls “the Rumours Five,” a group so tight-knit they describe themselves as a family, albeit an incestuous one: McVie was married to bassist John McVie for eight years and had an affair with the band’s lighting director—who later had an affair with Nicks, who was Buckingham’s ex-girlfriend and who also had an affair with Fleetwood.

All of this is ancient history, but the champagne-drenched drama did inspire Fleetwood Mac to create its most haunting harmonies and driving guitar anthems. Today it’s almost impossible to imagine an album inciting the frenzy that Rumours created upon its release in 1977. It sold 10 million copies in its first year, becoming the top-selling album in history at that time. The group toured for a solid year, playing to sold-out 10,000-seat arenas each night. And perhaps because of the suddenness of it all, the band also closed ranks, each buying mansions in Bel-Air and Malibu and mainly hanging out with one another. For Christine McVie, some 5,000 miles from her family in England, Fleetwood Mac was her whole world. 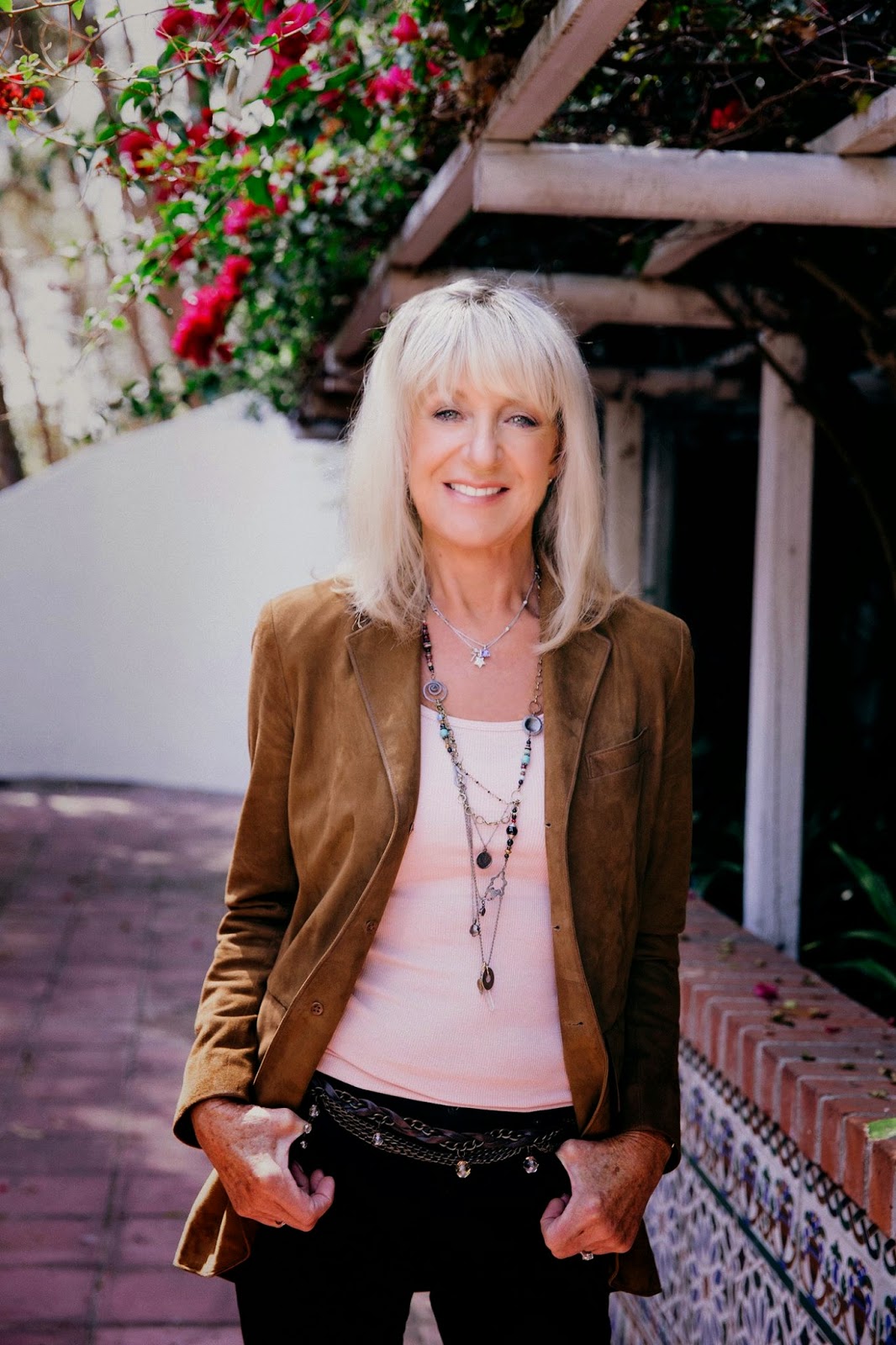 And yet, once her mind was made up, McVie says it wasn’t that hard to put the rock ’n’ roll life behind her—at first. She dug into her new life and kept busy remodeling the crumbling manor. “You get into your wellie boots and your Range Rover and, walking around with six inches of mud on your shoes, you get to forget about that more polished lifestyle,” she says. McVie’s second marriage, to fellow keyboardist Eddy Quintela, ended shortly after she left the band, so it was just her and her dogs knocking around that big house.

“It worked out all right for awhile, but then you start to think, Okay, now what? Start to bake some cookies for the—what is it? The YMCA?” she says with that throaty laugh. “I just started getting bored.” She made a solo album, 2004’s In the Meantime, with her nephew Dan Perfect, a musician who lives nearby. But McVie didn’t tour to promote it: Her once minor fear of flying had become a full-blown phobia. The very thought of getting on an airplane made her heart race and palms sweat. It was a fear of losing control, she says now, acknowledging the irony: The inability to fly, in turn, confined and controlled her.

Still, “She seemed happy in her life,” Fleetwood says. “But I did always find it odd and somewhat worrisome that someone as creative as Chris was so utterly divorced from music in general.” While she continued to jot down ideas for songs, for years she barely touched the piano. Then, she realized, “If I don’t do anything about this flying business, I’m never going to go anywhere or do anything.”

And so the woman who wrote the lyrics “Don’t stop thinking about tomorrow” found herself looking forward once again. She began seeing a therapist to overcome the flying phobia. Now she’s oddly nonchalant about what was once so debilitating. After months of talking out her fears, the therapist asked, “Where would you like to go if you could fly somewhere?” “Maui,” she replied, which is where Fleetwood now lives. The therapist told her to buy a ticket. She didn’t have to get on the plane—just buy the ticket. As it turned out, Fleetwood was coming to London, and they agreed to fly to Hawaii together. “We took off,
and the feeling was, ‘God, I’m free!,’ ” McVie says. In Hawaii, she played a small gig with Fleetwood’s blues band, then the two of them flew to Los Angeles, where they had a dinner with Nicks, John McVie, and Buckingham—the Rumours Five, together again. “That was the beginning of how the whole thing started,” McVie says of the upcoming tour. “The chemistry between us is just so magical.”

In her absence, the band had continued to play live; they still performed “Don’t Stop,” which McVie wrote about her divorce from John. But Fleetwood Mac had crossed most of the McVie-written songs off its set list—they just didn’t sound the same without her voice. When she returned to England, where no one besides the dogs were waiting, “I thought, No, I’ve got to make some decisions,” she says. “I either sit here and wait for my dogs to die or kick-start my life again.” She called—and shocked—each of her bandmates, asking: What if I came back?

Nicks was thrilled. John McVie and Fleetwood were onboard too. Buckingham was cautiously optimistic: Could the out-of-practice McVie deliver night after night? “You would really have to commit,” he told her. “You couldn’t just be popping in and popping out.”

She told him it wouldn’t be a problem —and it’s clear she’s taking the promise seriously. Both McVie and Fleetwood enlisted personal trainers to get them into shape. (Her flat is littered with dumbbells and a large blue exercise ball.) “The aim is to be fit enough to stand up for two and a half hours balancing on one foot, which is what I do,” she says, playing an air keyboard to demonstrate her stage position. “I’m all occupied.”

Unlike the old days, they’ll travel by private jet, and McVie will have a few personal attendants along. “I’m going to have someone that packs for me,” she says. Nicks has long had wardrobe assistants, but this is new territory for McVie, who lives in jeans and T-shirts. Also new: “I want to go out and do things [on days off], not just stick around having room service for two days,” McVie says. “I feel like I know where I’m going now, and I want to enjoy this.”

She’s been in the studio writing with Buckingham too. At one point she was stuck on a lyric, and he suggested, “Just write about sex.” Today, McVie—quick to insist that she writes about love—has about a half-dozen tunes that have a shot at making it onto Fleetwood Mac’s next album (though there’s no word yet on when to expect it).

I ask whether any of her songs were inspired by her years in the country. “You mean the nunnery?” she jokes, before clarifying. “I was by no means a nun.”

These days she’s single, but the sparkle in her blue eyes reminds me of the tales I’ve read about her past: about the liaison with British musician Spencer Davis, the whirlwind romance with a German DJ, and the multiyear relationship with the Beach Boys’ Dennis Wilson, who once dug a heart-shape garden in her backyard to profess his love. So, is there much action in the English countryside?

“Well, not much action,” she says. “But some.” Enough to inspire six good love songs, at least.

This article appeared in the September 2014 issue of ELLE magazine.
Nickslive at Monday, August 25, 2014
Share