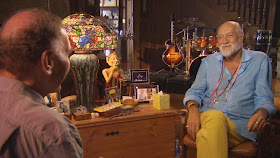 FLEETWOOD TELLS JOHN BLACKSTONE: “I THINK IT’S ABOUT GETTING YOUR HOUSE IN ORDER, WITHOUT BEING OVERLY HEAVY”

As the legendary rock band Fleetwood Mac prepares for a new tour, drummer and band co-founder
Mick Fleetwood says it was time to get his house in order, he tells John Blackstone in an interview for CBS SUNDAY MORNING WITH CHARLES OSGOOD to be broadcast Sept. 28 (9:00 AM, ET) on the CBS Television Network.

The tour marks the first time in 17 years that Christine McVie has rejoined John McVie, Stevie Nicks, Fleetwood and Lindsey Buckingham on stage, and also comes as Fleetwood is preparing for the release of a new autobiography.

“I think it’s about getting your house in order, without being overly heavy,” Fleetwood tells Blackstone. “The reality is I’m sitting here, 67 years old, I’m certainly not planning on leaving anytime that I know of, but you see the picture in a different way, just because you’re older.”

In the book, Fleetwood writes about his marriages, his divorces, his failures as a father, and some of the excesses that characterized the band’s early years.

“I don’t write songs,” Fleetwood says. “So this is a version of me writing a song.” 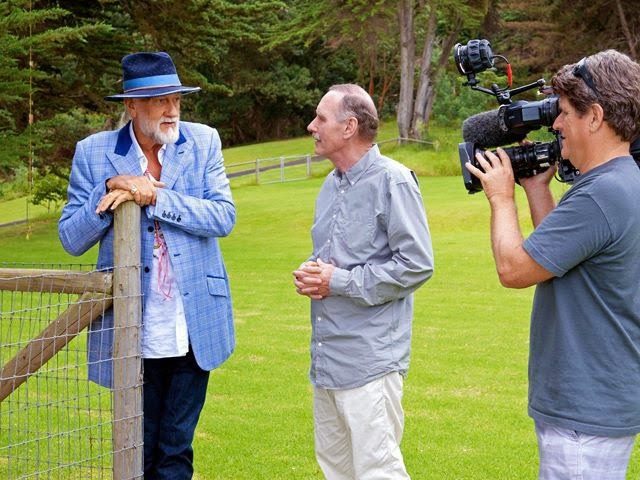 Fleetwood talks with Blackstone about his life, the formation of Fleetwood Mac, which led to the hits “Rhiannon” and “Say You Love Me,” and the unique personal dynamics that emerged within the group. Among them, an affair Fleetwood had with Nicks while the band was touring behind the album “Rumours.”

“I was certainly in love with Stevie, and I think it’s fair to say that she was likewise. We know that that time existed, and it was powerful and crazy,” Fleetwood recalls.

Blackstone also talks with Stevie Nicks and Christine McVie about how the band has regrouped after 17 years to make beautiful music yet again.

Nicks tells Blackstone Fleetwood ended the affair because “we both knew that Fleetwood Mac was gonna go on, probably longer than anybody’s marriage, and that it was important that we be friends, so Mick and I just put our friendship back together.”

CBS SUNDAY MORNING is broadcast Sundays (9:00-10:30 AM, ET) on the CBS Television Network. Rand Morrison is the executive producer. 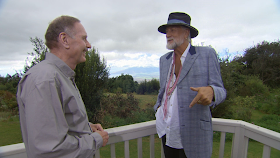