Photos below by Michelle Pemberton
View Gallery at IndyStar 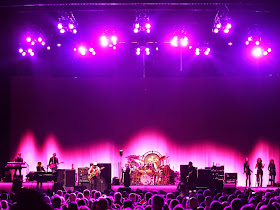 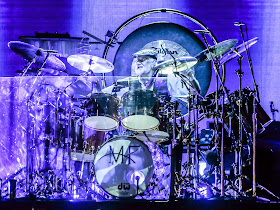 Photos below by LivePixLive.com
View Gallery

Photos below by Bankers Life Fieldhouse
More on Facebook

Fleetwood Mac: The Mac is back!


Last Tuesday, Banker’s Life Fieldhouse in Indianapolis played host to legendary rock band Fleetwood Mac in the 12th show of their tour – another sold out show.

The band, back to the original five with the return of Christine McVie after 16 years, reminded the sold out crowd why they were such big fans of the band for such a long time.

The nearly 3-hour long concert was filled with hits from the past as well as hits of the future.

As the lights went out the shouts and applause began. Chimes were heard and then the foot drum played by Mick Fleetwood slowly began to play. Everyone knew what was coming when Lindsey Buckingham started on the guitar, we all knew what song it was, “The Chain,” a hit from their album “Rumors.”

They followed with several more hits back to back all evening.

Age has nothing on this band as these “youngsters at heart” thrilled the crowd and sounded incredible. They sang, danced, jumped and moved around the stage as if time had stood still for the past 40 years.

I have been at concerts of artists in their 20s on up and this concert was one of the best, if not at the top.

Stevie Nicks, 66 and Christine McVie, 71, can still belt it out like no one else with their amazing vocal talents.

From Mick Fleetwood’s entertaining antics on the drums during “World Turning” to John McVie’s steadiness on the bass to Lindsey Buckingham’s unbelievable abilities on the guitar all across the stage, the band put on a show to remember.

There were several highlights on the night aside from Christine’s return, the long guitar run by Buckingham as he played, “I’m So Afraid” and Stevie dedicating “Landslide” to Scott (off a sign from the front row). But one of my favorites was Stevie’s story before “Gypsy” and how she was in The Velvet Underground in San Francisco shopping – like all the famous female rockers (even though she said she couldn’t afford it and wore for five years). While she was there, she felt that something big was coming and she didn’t know at the time what it was…..maybe a new boyfriend, career change or something else. Then she realized, it was this band, Fleetwood Mac.

The band played their hearts out all evening, giving it their all. Many fans never sat down, they were too busy soaking up what they had been waiting for since they bought their “golden” tickets.

Stevie reminded us all, “don’t stop believing in your dreams, as dreams do come true.”

As the show closed, John Mcvie threw up his hat and announced to the crowd, “and remember, the Mac is most definitely back!”
Nickslive at Wednesday, October 22, 2014
Share