'As for a new Fleetwood Mac album, Mick is optimistic"

FLEETWOOD MAC LEGEND MICK FLEETWOOD: THE 5 BEST DRUMMERS EVER
And he talks about the Fleetwood Mac tour and his secret dream of being in the Rolling Stones. 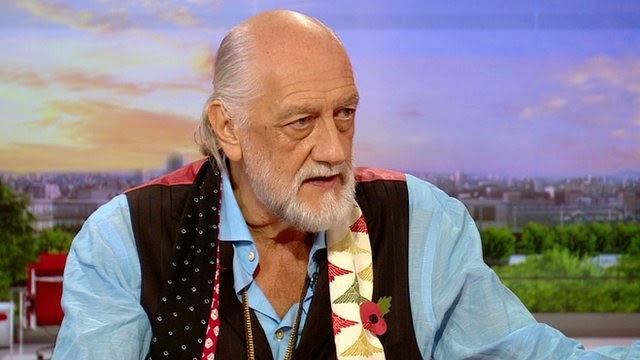 
It's safe to say that Mick Fleetwood, drummer and founding member Fleetwood Mac, with 47 years of rock stardom under his belt, has stories to share. And so he does in his new autobiography Play On, an intimate trip through memories that also double as an inside guide to one of the most influential periods and bands in music history, as told by one of its most pivotal figures. It's all there. And now that Fleetwood Mac are back together touring, it's all relevant again.

"With Christine McVie coming back, we're all intact, so it's really thought-provoking. I probably won't properly digest it all until six months into this phase, but in real time it's amazing. She's so happy to be doing what she's doing, and she's a really great influence on all of us. She's like a little kid. Not that we're all jaded and don't like doing this, but it does step up the action a bit. Stevie [Nicks] is overjoyed. She says on stage, 'I've missed having another blonde in the band.' So it's all good. You know, we'll have to be really stupid or try really hard to fuck this one up.

"All joking aside, it's truly amazing. The relationship with our audience has never been shabby. It's fair to say this particular band, maybe more than quite a lot of other bands, there's a lot of personal storytelling that people feel very connected to outside of the music. It's like performance art, it's really profound, and that's what we're in right now, which you can have no complaint about."

As for a new Fleetwood Mac album, Mick is optimistic. Surprisingly so.

"We have a whole lot of material from Lindsey [Buckingham] and me and John [McVie] from the last two and a half years, and also Christine, when she came to LA a little while ago. We have a whole bunch of tracks. We're hoping... We don't really know how it's going to be placed. My hope is, of course, that it becomes a full-fledged Fleetwood Mac offering. There's really not much time now, this tour is unfolding as we speak, but my heart tells me that, within the next couple of years or less, there will be a really, really cool Fleetwood Mac album. And that's certainly my hope."

Until then, we asked Mick Fleetwood to share and talk about the drummers who have inspired him throughout his career.

Continue at Esquire for the full article
Nickslive at Thursday, November 06, 2014
Share