Mick Fleetwood bangs the drum for his photos 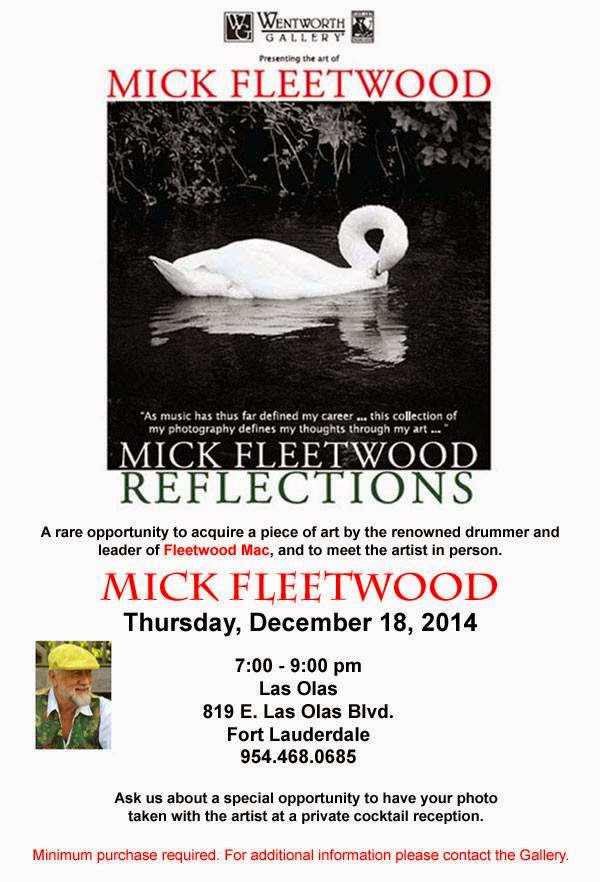 Mick Fleetwood bangs the drum for his photos. Mick Fleetwood’s doing it. Steve Nicks is, too. No, we’re not referring to the recently announced reunion of Fleetwood Mac, but the other side project that has engaged two members of the enduring rock quintet: their fine-art photography. Fleetwood, the band’s drummer and co-founder, is presenting a collection of his photos, titled “Reflections: The Mick Fleetwood Collection,” which will be on view Monday at Wentworth Galleries (819 E. Las Olas Blvd., Fort Lauderdale). The Grammy winner will also make an appearance from 6 to 9 p.m. Dec. 18 at the gallery, the night before Fleetwood Mac’s performance at the BB&T Center in Sunrise. Visiting the gallery is free, but the Fleetwood appearance requires an RSVP. Hours: 11 a.m.-8 p.m. 954-468-0685 or WentworthGallery.com.