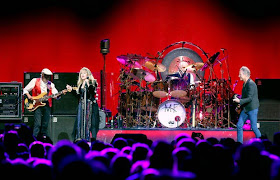 After a 16-year absence, singer and pianist Christine McVie returned to the stage, performing with Fleetwood Mac at the Moda Center in Portland, Nov. 22, 2014. McVie, 71, stepped away from the limelight over a decade ago, but she didn't seem to have lost a beat.


McVie joined band mates Mick Fleetwood, John McVie, Stevie Nicks and Lindsey Buckingham for the band's On With The Show Tour. They opened the show with classic Fleetwood Mac songs, "Chain", "You Make Loving Fun" and "Dreams" which were met with an ecstatic response from the audience. 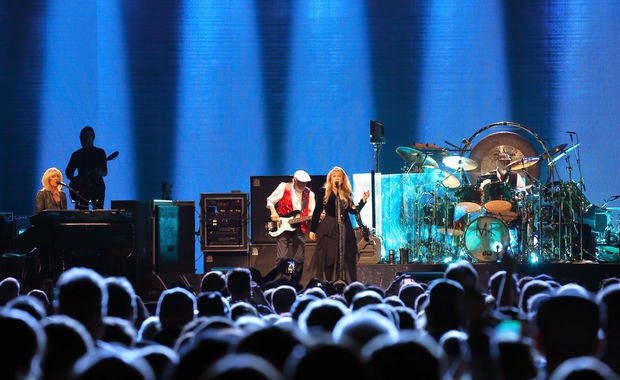 
"Sweet wonderful you," Christine McVie sang, all smiles. "You make me happy with the things you do."

That was pretty much the vibe at Fleetwood Mac's concert at the Moda Center on Saturday night; five senior citizens touring again for the first time in 16 years, playing their hits like time stopped and it was 1979 again, with more hugs and without all the cocaine. McVie's decision to return created a pocket of warmth on the left side of the stage and energized her bandmates, who couldn't stop talking about how happy it made them to play with "our beautiful Christine," as Lindsey Buckingham called her. Here's a review in the form of an annotated setlist, 20 songs deep: