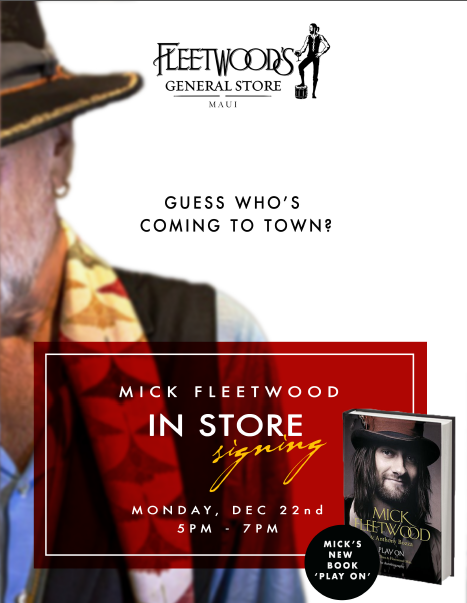 Musician and Maui resident, Mick Fleetwood will be at Fleetwood’s General Store on Front Street on Monday, Dec. 22, where he will sign copies of his new book.


Play On: Now, Then, and Fleetwood Mac: The Autobiography, was released in October and tells the story of his life as a musician, playing drums since his teen years, to his long career as co-founder and member of the group Fleetwood Mac.

The 352 page book takes a look at his life and love of music, as well as the “raucous history” of Fleetwood Mac, and the story behind the band’s longevity and success. 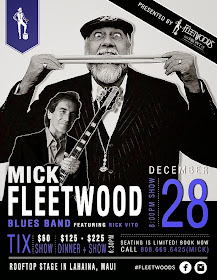