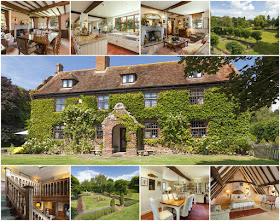 She has been spending an increasing amount of time in London since rejoining her rock band for a global tour.

So now, Fleetwood Mac singer Christine McVie has decided to put her sprawling Grade II-listed country home in Kent on the market.

The 72-year-old, who penned some of the group's biggest hits including Don't Stop and Little Lies, is selling the mansion for a whopping £3.5million.

She is planning to 'upsize' in the capital - where she has been spending a lot of time with her bandmates - and 'downsize' in the country.