Mac make loving them fun, even in the rain
The West Australian 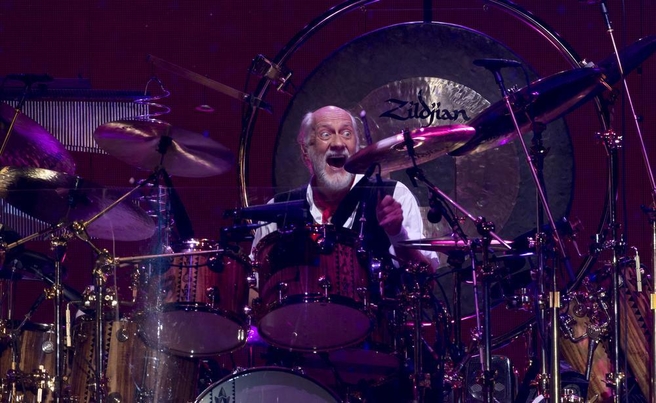 Thunder only happens when it rains, according to Stevie Nicks, whose legendary band Fleetwood Mac turned on a dream gig in the wet last night.

Playing to 25,000 adoring fans at Domain Stadium, the megastars promised a party in the rain. “My limousine driver told me it never rains in Perth,” Nicks said. “We bring the rain.”

The mighty Mac also brought the hits, plus an old friend in Christine McVie, much missed on the past two Perth visits.

The English singer, songwriter and pianist retreated from the spotlight after the band’s Rock and Roll Hall of Fame induction in 1998.

Fleetwood Mac were to visit in 2013 but cancelled after bassist John McVie was diagnosed with cancer. During the delay while McVie had treatment, drummer Mick Fleetwood convinced McVie’s former wife to rejoin the band. Christine McVie’s return meant Fleetwood Mac’s three great songwriters — the others being American ex-lovers Nicks and Lindsey Buckingham, who joined the English blues band in 1974 —were back in the saddle for the band’s first Aussie tour since 2009.

After hitting the stage with The Chain, the Rumours rocker credited to the whole band, the trio shared the songs.

Classic pop hits —Landslide, Everywhere, Little Lies — rained down on fans as the Mac clung tight to their golden era.

The famous five, plus extra musicians and singers, delivered a marathon set at the fifth of 13 scheduled Australian dates for their On With the Show world tour. Classic songs, classic line-up and still plenty of drama.