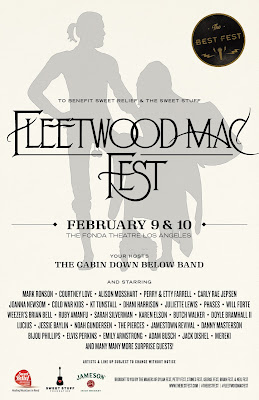 On February 9 and 10, the music of Fleetwood Mac will be celebrated in epic fashion as part of Jameson’s Best Fest series at the Fonda Theatre.

Tickets are on sale for $102.50 with doors opening at 7 PM. The proceeds will benefit the Sweet Relief Musicians Fund and Sweet Stuff Foundation.