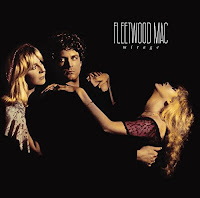 Not sure why the date change... but it appears the reissue of Mirage has been pushed back to September.

Both Versions Set For Release On September 23 From Warner Bros. Records

LOS ANGELES – Fleetwood Mac’s streak of five consecutive multi-platinum albums began in the Seventies and continued in 1982 with Mirage, the follow-up to the band’s 1979 double-album, Tusk. During the summer of 1982, Mirage topped the album chart and added to the band’s already impressive canon of hits with “Hold Me,” “Love In Store” and “Gypsy.”

Following last year’s deluxe edition of Tusk, Fleetwood Mac continues chronologically with the deluxe edition of MIRAGE. Available on July 29, this new edition expands on the original album with newly remastered sound, a selection of rare and unreleased recordings, as well as the stories and pictures behind the album. Three formats available:

In 1982 Fleetwood Mac topped the U.S. Album Chart for five weeks with MIRAGE. Along with instantly recognizable smash hits like “Hold Me” and “Gypsy,” MIRAGE also features great album tracks like “Oh Diane,” a Top Ten hit in the UK, and “Straight Back,” a Top 40 hit on the Billboard Rock Chart.

The new deluxe and expanded editions of MIRAGE both include a second disc that has 19 tracks dedicated entirely to outtakes and rarities. Among the unreleased gems are early versions of several album tracks – “Empire State” and “Book Of Love” – along with outtakes for songs that didn’t make it to the album: “If You Were My Love” and “Smile At You.” There is also an unreleased cover of the Fats Domino classic “Blue Monday,” as well as the rare, extended mix for “Gypsy” that was used in the music video.

Exclusive to the deluxe edition of MIRAGE is a third disc that has more than a dozen live performances recorded in Los Angeles during Fleetwood Mac’s 1982 U.S. tour. Along with early hits – “You Make Loving Fun” and “The Chain” – the collection includes performances of MIRAGE standouts like “Love In Store,” “Eyes Of The World” and “Gypsy.”

The DVD-Audio disc contains both the 5.1 Surround and 24/96 Stereo Audio mixes of the original album. The set also includes a vinyl copy of MIRAGE.

On June 30th, Morrison Hotel Gallery is honored to be joining forces with this cultural icon for a gallery opening at Fleetwood’s General Store in Maui, Hawaii located at 744 Front Street, Lahaina, Hawaii. Fleetwood’s is a boutique that incorporates the culture and style of the Hawaiian Islands with a world traveler’s flair that only Mick Fleetwood can provide.

“Morrison Hotel Gallery is the real deal in fine art music photography,” says Fleetwood. “It’s a world I have lived and breathed for my whole life, and thus serves as a constant reminder of how lucky I am to be part of that historical musical journey!!”

The parties will toast their partnership with an exhibit from award-winning and culture-defining photographer—and MHG co-founder—Henry Diltz, whose catalog includes albums shots for the Doors, Crosby Stills and Nash, James Taylor, Joni Mitchell and hundreds of others.

“Mick Fleetwood represents the artistic and authentic history of music as a true purveyor of taste and culture,” says MHG co-founder Peter Blachley. “Morrison Hotel Gallery has also been striving for many years to present those same qualities. We are delighted to be part of Fleetwood’s General Store in Maui. It’s going to be a wonderful pairing of brands.”

Happy Birthday Mick!
Thank you so much for all you do... all you've done and all you'll continue to do for Fleetwood Mac and your fans. Enjoy your day!! 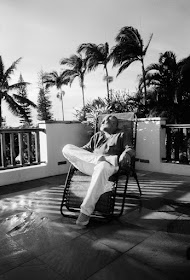 In the wake of the Orlando tragedies, and the shooting death of Christina Grimmie, Stevie has posted a condolence message to both on her official website along with a never before heard demo of "Touched By An Angel". 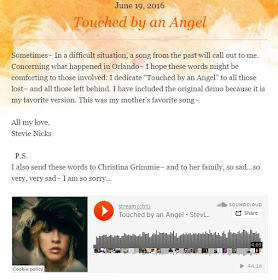 Fleetwood Mac have been booked to play a special benefit concert at Dodger Stadium on July 28th at the Los Angeles Dodgers Foundation Blue Diamond Gala. 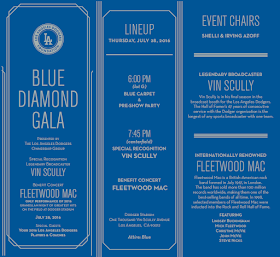 The second single from the upcoming Mirage Deluxe Reissue has been released. Fleetwood Mac's "Gypsy" (Early Version) can now be downloaded at iTunes and Amazon or can be streamed at Spotify. 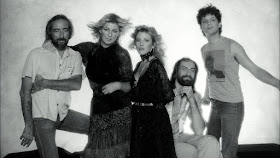 New Empire of the Sun Album to feature Lindsey Buckingham

Luke Steele has written a song with Fleetwood Mac legend Lindsey Buckingham for the next Empire of the Sun album.

Steele explains that when he and Jodi have “late night music parties” at their Santa Monica or Coromandel Peninsula homes to a soundtrack of classic pop and rock, he often emails his manager asking for a hook-up with one of his heroes.

“Ninety-nine per cent of the time they never get back,” he laughs. “I’ve always wanted to work with my favourite guitarist Lindsey Buckingham so I reached out.

“He got back and said ‘Fleetwood Mac are off the road, I’m in LA, I’d love to come down’.”

Buckingham joined Empire of the Sun in their Downtown LA Compound where he played guitar and sung harmonies on a track called To Her Door, which the 66-year-old rock god also co-wrote.