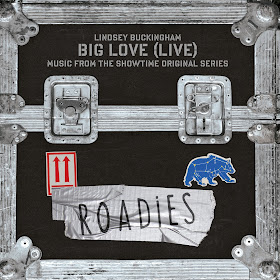 Fleetwood Mac's Lindsey Buckingham makes a guest appearance as himself on the third and latest episode of the Showtime comedy series Roadies, which premieres tonight, July 10, at 10 p.m. ET/PT.

The singer/guitarist's cameo include solo performances of two Fleetwood Mac songs he wrote: the 1987 hit "Big Love" and "Bleed to Love Her," which appeared on the group's 2003 studio album, Say You Will.

A new live version of "Big Love" has also been chosen as the third single from the upcoming Roadies soundtrack album, which is scheduled to be released on August 26.