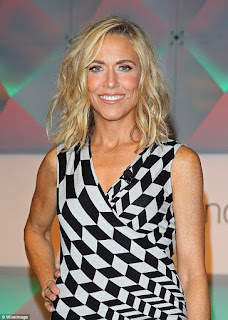 Although she's given up touring for the time being, she's currently working on a new album with collaborators Keith Richards, Willie Nelson, Stevie Nicks and others.

Sheryl said: 'A year ago I told my kids I wasn't touring anymore. I had been touring since 1987. The kids have been all over the world. They were so mad when I told them no more.

'It's been good for me to just be bored and creative, to be present. In the meantime, I've made a record with friends, hopefully out in the beginning of next year: Stevie Nicks, Willie Nelson...'