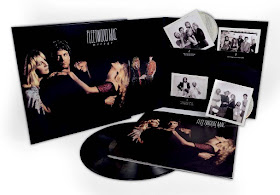 
If ever there was a case of the media building up and then knocking down a band, it was the one involving Fleetwood Mac in the late-'70s and early-'80s. The critics cheered when the group—newly energized by the addition of Lindsey Buckingham and Stevie Nicks—delivered its chart-topping eponymous album in 1975 and the even better Rumours a year later. But many of those same critics spoke less kindly of the follow-up to Rumours, 1979’s Tusk. According to them, it eschewed commercialism in favor of self-indulgent experimentation, though major experimentation was in fact largely limited to the excellent title cut. Then, when the group reverted to fully accessible form on its next studio album, 1982’s Mirage, reviewers griped that the band was going backwards; never mind that this radio-friendly LP delivered exactly what the critics claimed was missing in its predecessor.

Well, as I noted last year, Tusk ranks among the most underrated albums of the rock era. But Mirage—which Fleetwood Mac’s members recorded in France after pursuing solo projects—is arguably even more underrated. Rolling Stone, for example, allowed that it found the group returning to “simple pleasures” but awarded it only three stars and said “the band seems to have lost its spirit.”

Continue to the full review
Nickslive at Tuesday, September 27, 2016
Share