Christine McVie on Fleetwood Mac: ‘Without one of us, we’re incomplete’ 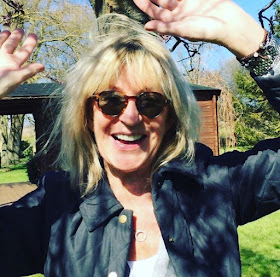 The singer on the band’s half-finished album, the visitation she had when writing Songbird, and growing up with a psychic mum.

by: Peter Robinson
The Guardian


Hi, Christine. What was it like growing up with the surname Perfect (1)?

It was difficult. Teachers would say: “I hope you live up to your name, Christine.” So, yes, it was tough. I used to joke that I was perfect until I married John.

Fleetwood Mac’s Mirage is being reissued as a box set for £50 (2). Does that seem like a fair price?

It’s a really nice item! It’s quality, isn’t it? It’s good value for money – you’ve got a lot of outtakes, a lot of previously unheard demo versions of songs, you’ve got the vinyl ... a CD, I believe, is in there? I mean it’s a nice package! I haven’t had a good look at it, but the label has given me one to take home. I get a free one!

Have you listened to the demos and outtakes?

No. I’m not a big fan of those things. I know people are interested but for my own personal enjoyment I prefer not to listen to them. My songwriting, when I’m writing, is nothing like it is in its finished form – but you have to start somewhere.

Is the new album finished?


No, it’s half-finished. It’s just seven tracks that we’ve got, and they’re only with guide vocals.

I’m sure I saw a news story about two years ago saying it was half-finished?

Is it the same half?

It is the same half. We’ve been doing a world tour! I’m going back in October to try and finish it. If it’s not finished by Christmas then I’ll go back after and finish it then. We do things in a weird way, I guess.

What’s your favourite of those new songs?

I don’t think we’ve given titles yet.

Er, no. I don’t think we’re supposed to. But I like them all, and that’s not a lie. We have a fantastic variety of songs and I’m very, very pleased with what’s happened so far.

Can we talk about Songbird? (3)

JESUS CHRIST, WHAT A SONG.

That was a strange little baby, that one. I woke up in the middle of the night and the song just came into my head. I got out of bed, played it on the little piano I have in my room, and sang it with no tape recorder. I sang it from beginning to end: everything. I can’t tell you quite how I felt; it was as if I’d been visited – it was a very spiritual thing. I was frightened to play it again in case I’d forgotten it. I called a producer first thing the next day and said, “I’ve got to put this song down right now.” I played it nervously, but I remembered it. Everyone just sat there and stared at me. I think they were all smoking opium or something in the control room (4). I’ve never had that happen to me since. Just the one visitation. It’s weird.

Have you inherited any of your mother’s psychic abilities?

Well, I believe they were real. She was a healer. I just wanted her to be an ordinary mum, so the less I knew of that side the better, but here’s a story I can tell you. There was an old friend of my dad’s, in Newcastle – this rich old lady who lived in a run-down castle. She had terminal cancer. She sent a pair of her kid gloves to my mother, who wore one during the night, and a couple of weeks later there was a phone call: the doctors were amazed that all the cancer was completely gone.

Did you psychically predict that I would ask you a couple of questions about your reissue before attempting to get information about the new album?

Aha! I did notice you sneaking those in. I was thinking, What’s he talking about? We’re supposed to be talking about – what’s it called? – Mirage.

It’s exciting when a band gets back together, though. Especially when elsewhere in pop you’ve got Abba, whose refusal to get on with it is bordering on trolling.

Why wouldn’t they get back together? I suppose they made all the money in the world – I mean, we’re not doing it for the money either – but I don’t know. Maybe the need for each other is not there. You see, I still think there’s a certain need for each other in our band. In a strange way. We’re umbilically tied together, somehow. Without one of us, we’re incomplete.

What’s your No 1 piece of house renovation advice? (5)

Well, I didn’t do it personally, but I oversaw it. It was a very old house; the beams had to be stripped. It’s subjective. Keep the wood beautiful, I suppose, but there’s so much I could say. That’s the worst question you could possibly ask.

Well, let’s see, shall we? Have you ever been missold PPI?

I just press delete on those texts.

I don’t believe any of those things. Anyone I don’t know, in my emails or texts, I just delete. If it’s someone legitimate they’ll send it again.

What are your favourite apps?

[Whips out iPhone in garishly decorated protective case] WhatsApp I adore. I use it all the time with my friends. I’ve got thousands of apps, and most of them I never use. Look at this! [Flicks though terrifying number of apps]

That’s quite an iPhone case, Christine. Did you stick those jewels on yourself?

It’s slightly alarming that you haven’t put any of your apps in folders.

Oh, I don’t do that. You’re talking to a complete phone moron. As long as I can make a phone call and do a WhatsApp, I’m fine. Oh, and I use it to learn a bit of Italian.

Would you like to conclude this interview in Italian?

(2) Mirage was Fleetwood Mac’s 13th album. Released in 1982, it was seen as a return to poppier territory after the slightly-all-over-the-place Tusk. The remastered version – in expanded and deluxe editions – is out now on Rhino.

(3) Songbird was originally released as the B-side to Dreams, in 1977. Eva Cassidy had a bash at it a couple of decades later.

(5) During her 16 years away from Fleetwood Mac, Christine renovated a massive, subsequently flogged Kent property. She now lives in London.
Nickslive at Monday, October 10, 2016
Share