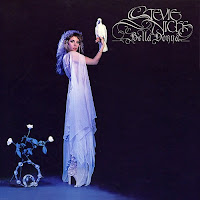 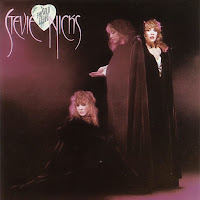 Deluxe editions of 1981's Bella Donna and 1983's The Wild Heart arrive November 4. The three-CD Bella Donna reissue includes unreleased versions of hits like "Edge of Seventeen," movie soundtrack rarities and a 1981 live show. The Wild Heart two-CD reissue includes unreleased tracks and B-sides. Remastered versions of both albums also will be available on vinyl and CD that same day.

Stevie plans to reach back to both records on the tour, which kicks off October 25th.

"I would like to do bits and pieces of the song 'Bella Donna,'" Nicks tells ABC Radio. "I'm gonna try to do 'Wild Heart'...It's a very hard song to do but I'm gonna give it a go."

Those tunes will join a parade of Stevie's greatest hits in the set list: She'll sing "Gold Dust Woman," "Dreams," "Stand Back" and "Rhiannon," even though, she admits, Fleetwood Mac "just did 'Rhiannon' 220 times over the last three years." Another song that's always on the list: "Edge of Seventeen," even though, she says, "[It's] really long, so we might have to shorten it a little bit."

For Nicks, the trickiest part is figuring out how many songs from her most recent album, 24 Karat Gold, to include in the set.

"You can only do a certain amount of everything that's not that familiar to people," she notes. "Or they're gonna say, 'What song came off of the set so you could play this new song that I don't know?'"

Here are the track listings for the reissues:

Available links so far to pre-order the albums (I'll update when more links are available):