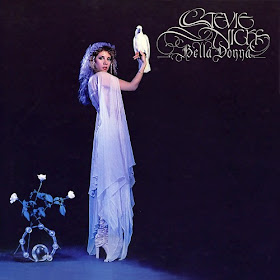 Stevie Nicks is launching her 24 Karat Gold tour later month, named for her acclaimed 2014 studio album consisting of new recordings of previously unheard compositions. Now, Nicks is looking back once more with two more 24-karat gold Deluxe Editions of her first two solo albums, Bella Donna and The Wild Heart. Both releases arrive from Rhino on November 4, along with remastered, stand-alone editions of the original albums on LP, CD and DD.

1981’s solo debut Bella Donna will be released as a 3-CD set. Produced by Jimmy Iovine, the album yielded such immortal Nicks tracks as “Edge of Seventeen” and two duets: “Stop Draggin’ My Heart Around” with Tom Petty and the Heartbreakers, and “Leather and Lace” with Don Henley. Disc Two of the upcoming set has nine previously unreleased cuts (including alternate versions of “Edge of Seventeen,” “Leather and Lace,” and the title song) plus Nicks’ soundtrack performances of “Blue Lamp” from Heavy Metal and “Sleeping Angel” from Fast Times at Ridgemont High. The third disc premieres a 1981 concert featuring selections from Bella Donna alongside Fleetwood Mac favorites “Sara” and “Rhiannon.” 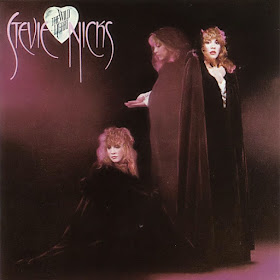 Following the 1982 release of Fleetwood Mac’s Mirage (recently reissued across multiple formats by Rhino – read our review here!), Nicks returned to her solo career with 1983’s The Wild Heart. The double-platinum smash is being reissued as a 2-CD set. It included such favorites as “Stand Back,” “Nightbird” and “I Will Run To You,” which reunited the artist with Tom Petty and the Heartbreakers. The 9-track bonus disc has seven previously unreleased cuts including demos and outtakes, plus the “Stand Back” B-side “Garbo” and Nicks’ recording of “Violet and Blue” from the Against All Odds soundtrack.

“I’ve had so much fun reliving the making of Bella Donna and The Wild Heart while working on the liner notes and listening to all of the alternate versions and demo takes,” Nicks commented in the original press release. “The liner notes are so much more than liner notes. They are like a little novel. I tried to make whoever reads this feel like they were there. I think…I succeeded….”

These two highly-anticipated reissues arrive from Rhino on November 4. In the meantime, Stevie kicks off her 24-Karat Gold tour (on which she’ll be joined by The Pretenders) on October 25 in Phoenix. It wraps December 18 at The Forum in Los Angeles!

You can peruse the track listings for both Deluxe Editions below!  Pre-order links are not yet available, but we will add as soon as they become active!

“Bella Donna”
“Kind Of Woman”
“Stop Draggin’ My Heart Around” – with Tom Petty and the Heartbreakers
“Think About It”
“After The Glitter Fades”
“Edge Of Seventeen”
“How Still My Love”
“Leather And Lace”
“Outside The Rain”
“The Highwayman”
Disc Two: Bonus Tracks

“Wild Heart”
“If Anyone Falls”
“Gate And Garden”
“Enchanted”
“Nightbird”
“Stand Back”
“I Will Run To You” – with Tom Petty and the Heartbreakers
“Nothing Ever Changes”
“Sable On Blond”
“Beauty And The Beast”
Disc Two: Bonus Tracks