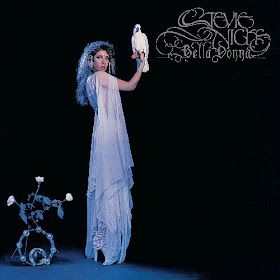 The revamped deluxe title -- which features 25 additional tracks -- charts separately from the original album, and its sales history is also tracked independently of the original release.

The original Bella Donna album climbed to No. 1 on the list dated Sept. 5, 1981 and also marked the icon’s first of so-far nine top 40-charting efforts. She most recently visited the top 40 with her 2014 album 24 Karat Gold: Songs From the Vault, which debuted and peaked at No. 7.

Bella Donna also sports the most top 40-charting singles on the Billboard Hot 100 of any Nicks album, as it launched four hits into the region. Its lead-off single, “Stop Draggin’ My Heart Around,” with Tom Petty & The Heartbreakers, peaked at No. 3 (for six weeks!). It was followed by “Leather and Lace,” with Don Henley (which reached No. 6), “Edge of Seventeen” (No. 11) and “After the Glitter Fades” (No. 32).