LOS ANGELES – Fleetwood Mac released the second-best selling record of its career in 1987 with Tango in the Night, an album that’s sold more than 15 million copies worldwide. It topped the album charts in Britain, peaked at #7 in America, and scored major hits everywhere with “Big Love” and “Little Lies.”

Following the recent deluxe edition of Mirage, Fleetwood Mac continues to reissue its classic albums with the new TANGO IN THE NIGHT: DELUXE EDITION. The collection, timed to coincide with the album’s 30th anniversary, expands on the original with a selection of rare and unreleased recordings, newly remastered sound, plus several music videos. Available on March 10 from Warner Bros. Records in three formats:

After topping the U.S. charts in 1982 with Mirage, Fleetwood Mac returned five years later with Tango In The Night. It currently stands as the final studio album released by the quintet of Lindsey Buckingham, Mick Fleetwood, Christine McVie, John McVie and Stevie Nicks. The album sent four singles into the Billboard Top 20: “Little Lies” (#4), “Big Love” (#5), “Everywhere” (#14), and “Seven Wonders” (#19).

The deluxe and expanded editions of Tango In The Night both include a disc of rare recordings. Among those 13 tracks are unreleased gems like the alternate version of “Mystified,” a demo for the album’s title song, plus the rare b-sides: “Down Endless Street” and “Ricky.”

TANGO IN THE NIGHT: DELUXE EDITION includes a third disc that compiles more than a dozen 12” mixes. Dub versions of “Seven Wonders” and “Everywhere” are featured along with an extended version “Little Lies” remixed by John “Jellybean” Benitez. The collection also comes with a DVD that contains videos for five singles: “Big Love,” “Seven Wonders,” “Little Lies,” “Family Man,” and “Everywhere.” Also included in the deluxe edition is Tango in the Night as a 180-gram vinyl LP.

David Wild (on Twitter) recently eluded to writing new liner notes for Fleetwood Mac like previous reissues and he confirmed it on Twitter he's written the liner notes for Tango In The Night.

Links to pre-order are at the bottom. Release date: March 10th 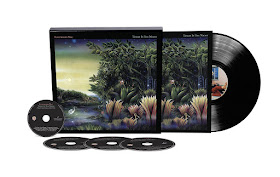 Tango In The Night 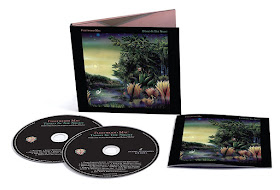