THE CARE AND FEEDING OF FLEETWOOD MAC AND OTHER SPECIES: A WILDLIFE GUIDE

THE CARE AND FEEDING OF FLEETWOOD MAC
AND OTHER SPECIES: A WILDLIFE GUIDE 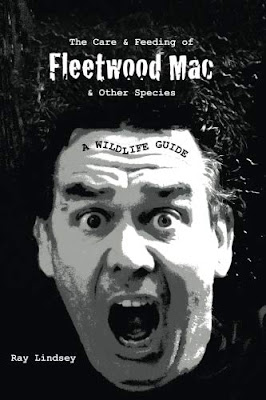 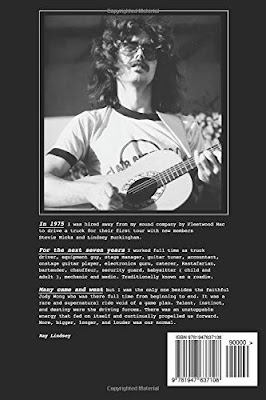 
I have worked in the music and sound business for over forty years. I started in the early 1970’s before programmable drum machines and auto tune. It was a time when only NASA had lasers and techs. The sound systems were stacked right on the stage and fog machines weren’t required to fill the room with smoke.

In 1975 I was hired away from my sound company by Fleetwood Mac to drive a truck for their first tour with new members Stevie Nicks and Lindsey Buckingham. For the next seven years I worked full time as truck driver, equipment guy, stage manager, guitar tuner, accountant, onstage guitar player, electronics guru, caterer, Rastafarian, bartender, chauffeur, security guard, baby sitter (child and adult), mechanic and medic. Traditionally known as a roadie. Many came and went but I was the only one besides the faithful Judy Wong who was there full time from beginning to end. It was a rare and supernatural ride void of game plan. Talent, instinct and destiny were the driving forces. As the band’s success grew, so did the power and chaos. There was an unstoppable energy that fed on itself and continually propelled us forward. Every week was more and bigger. More records sold and more sold out shows. Longer trucks with more equipment for bigger stages. Never-ending months in the studio. Extra buses and nicer planes. More, bigger, longer and louder was our normal.

This was the beginning of the golden age of the business of live rock and roll and the early years of large scale tour production. There was a lot of money to be made playing in sports arenas and football stadiums. A new business model was inspiring long-haired innovators and entrepreneurs to elevate the aesthetics of live music events. This was done while raking in huge piles of partially accounted for cash. Creativity, commerce and the counterculture merged and clamored for a hip place on the grid. Fleetwood Mac and I landed right in the middle of this uncharted territory. We survived and succeeded the only way we knew how-on our own terms.

Between 1992 and 2009 I worked exclusively for Lindsey Buckingham. We recorded a number of albums in his home studio and embarked on numerous solo tours. Lindsey was often asked in interviews to compare those efforts to Fleetwood Mac and was fond of calling one the "small machine" and the other the "big machine." In May of 1975 when I started with the band, Fleetwood Mac was a very small machine but their signature sound and musicality was already apparent. Forty years later the band has assembled their largest machine ever. As the group and their fans celebrate the return of Christine Mcvie to the stage, I am warmed with the memories of the early days and simpler times. Without the great Peter Green, there would never have been a Fleetwood Mac, but for me, the five musicians who mae up the band in 1975 were the defining formation of the group. No producer, manager, lawyer, or floor of accountants could have put them together. In spite of the countless emotions that drive them apart, the band couldn't and still can't, deny the musical magnetism that keeps them playing together. I was immersed in a potent and enticing stew that was too compelling for a sheltered kid from the Midwest to walk away from. i made myself a safe place in the eye of the storm keeping all of the band's toys working and accounted for. I acquired miles of rope while avoiding to hang myself with it. In additon, I aslso played guitar on stage with the band for every show between 1977 and 1982.

A lot of international attention has been stirred up by the enormous success of the band's recent reunion. Their colorful history and survival instincts are recounted in the media worldwide. When a LIFE magazine reporter contacted me for background information for the publication’s tribute to the band. His first question to me was “How do you become a roadie for Fleetwood Mac?” John McVie’s answer would be that I must have lost a bet but there's a lot more to it than that.