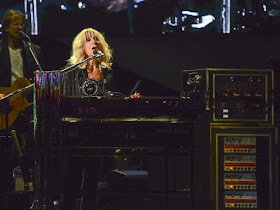 
Few bands have a history as interesting as Fleetwood Mac.

The band’s current tour marks yet another chapter of intrigue, as Lindsey Buckingham is no longer in the lineup. In his absence, Fleetwood Mac is digging back into their 50-year-old catalog with the help of Mike Campbell on guitar and Neil Finn on rhythm guitar/vocals. Together, the star-studded pairing did a more than adequate job of filling in for Buckingham at their show in Indy, while also adding a bit of their own flavor to the band’s age-old classics.

Fleetwood Mac stopped by Bankers Life Fieldhouse for the seventh show of their current Buckingham-less tour on Tuesday, Oct. 16. The band kicked things off with a bang, opening the set with the 1977 Rumours standby “The Chain.” This was followed by their ‘80s-tastic single “Little Lies” and the eternal Rumours hit “Dreams.”

Throughout the set, Fleetwood Mac intermingled some older Peter Green-era material into the mix. This was capped off with “Black Magic Woman,” with Stevie Nicks mentioning how Fleetwood Mac was the real band responsible for the rock ’n’ roll staple. Another Peter Green-inspired highlight included a raucous rendition of 1969’s “Oh Well,” with Campbell excitedly leading the way on vocals and guitar for the song. This decision from the band made perfect sense, being that Tom Petty and the Heartbreakers were also known for covering the Fleetwood Mac throwback from time to time.

Over the course of the evening, Fleetwood Mac made sure to honor the past work of both of Campbell and Finn. In Finn’s case, this included covers of “Don’t Dream It’s Over” by Crowded House and “I Got You” by Split Enz. As for Campbell, Nicks led the band in a tear-jerking cover of Tom Petty and the Heartbreakers’ “Free Fallin’,” as images of Petty showed on the big screen.

To close out the evening, McVie and Nicks sang the 1995 Fleetwood Mac song “All Over Again” in unison. After the whole band had taken its final bow, drummer Mick Fleetwood stuck around to thank fans one final time. Before sending them off into the streets of Downtown Indy, the always-exuberant Fleetwood urged the remains crowd to be kind to one another in the “increasingly strange world we seem to be living in.”

The message was delightful to hear and one that would have certainly made Tom Petty himself proud. 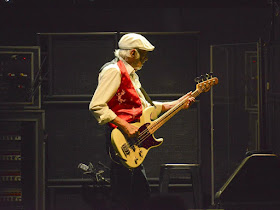 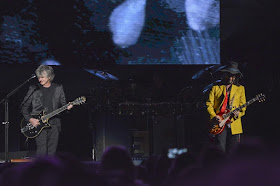