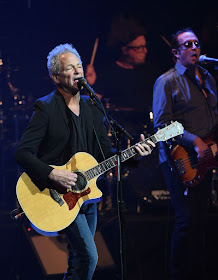 Lindsey Buckingham has always been an intriguing artist, an exacting craftsman, a compelling performer … and a guy who likes to be in charge of his destiny.

Plays well with others? Sure, but not always. The history of his most famous band, Fleetwood Mac, is fraught with tensions — both personal and professional — that have been a creative spur for some enduring, and truly wonderful, pop-rock music.

Buckingham comes with baggage, in other words.

It’s interesting baggage, and it doesn’t prevent him from excelling on stage. But longtime fans have to wonder how Buckingham is feeling these days, after his ouster from Fleetwood Mac earlier this year and his exclusion from the band’s 2018-2019 tour. (It comes to Birmingham on Feb. 13.)

We know that Buckingham is suing Fleetwood Mac for breach of fiduciary duty, breach of oral contract and more. (An October story by Rolling Stone includes a copy of the legal complaint.) But is he hurt? Angry? Frustrated? Determinedly pushing past the rift to focus on his future?

About 750 people in Birmingham have an inkling, after seeing Buckingham perform with his solo band on Monday at the Lyric Theatre. The singer-guitarist, 69, was large and in charge at this sold-out show, delivering nearly two hours of music with passion and intensity.

Buckingham’s 9 p.m. setlist, 21 songs full, reached into the past, pulled from his hit list and offered listeners a mini-retrospective of his solo career. His work with Fleetwood Mac was part of the mix — ticketholders likely would rebel if Buckingham ignored that — but the primary emphasis was on his very own catalog. 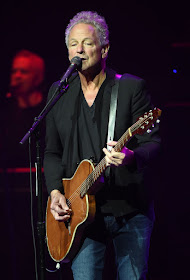 Buckingham’s selections included “Trouble” (a standout on his first solo album, 1981’s “Law and Order”), “Go Insane” (the title track from his 1984 record and a top 40 single) and “Holiday Road” (featured in the 1983 movie “National Lampoon’s Vacation”). The artist also chose lesser-known but equally effective tunes such as “I Must Go,” “Doing What I Can,” “Don’t Look Down,” “Turn it On,” “Down on Rodeo” and “Treason.”

His skills as a guitarist were abundantly on display, via percussive picking and sinewy solos, and Buckingham displayed a certain amount of stage swagger. He became playful during at least one of his interactions with the band — was that a modified duckwalk? — and Buckingham’s voice, although not consistently strong, rang out with clarity and conviction throughout much of the show.

Buckingham’s confidence in front of a crowd is a given. His outsize talent is, too, and it served him well here in 2012, during a one-man show at the Alys Stephens Center. On that occasion, Buckingham came off as stellar but rather severe, keeping himself at a distance from the crowd. This time, though, he seemed to have something to prove: Buckingham tried harder, played longer, talked more, smiled often and made a concerted effort to show his appreciation for the audience.

Although you’d never call him emotionally vulnerable, Buckingham let his reserve melt and he opened up a bit, telling listeners that he was beginning a new chapter with this four-man band. He said it several times, in fact, mentioning an album that’s in the works as part of his “new start."

In this context, some of the songs on Buckingham’s agenda — “Shut Us Down,” “Go Your Own Way,” “Never Going Back Again” — could be interpreted as mission statements, declaring his final independence from Fleetwood Mac and his resolution to thrive on his own.

“I love all of you for being here,” Buckingham said. And it was easy to believe that he meant it.

The affection went both ways, of course. Birmingham’s love affair with Buckingham dates back to 1975, when he and Stevie Nicks performed at Municipal Auditorium (now called Boutwell Auditorium) to promote their self-titled debut album, “Buckingham Nicks.”

Thanks to airplay on a local radio station, the record was wholeheartedly embraced here, and Birmingham was one of a few cities where fans turned out in force for the duo. Buckingham and Nicks, who were shortly to join Fleetwood Mac, have said the Birmingham concert provided their first taste of stardom.

Buckingham made sure to acknowledge that connection during Monday’s appearance, reminiscing about the Buckingham Nicks show and paying gracious tribute to those long-ago ticketholders.

“There are people here who saw Stevie and me back then,” Buckingham said. “And it’s great. It’s so circular.”

At this point in his career, Buckingham certainly has no need to court an audience, but it was gratifying — and kind of refreshing — to see him do so at the Lyric. In a way, Buckingham was asking listeners to stick with him, Fleetwood Mac or no Fleetwood Mac.

With a standing ovation, shouts and cheers, Birmingham fans responded with a resounding yes. 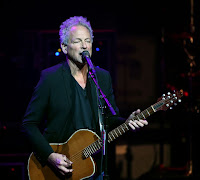 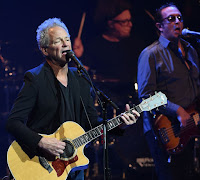