Fleetwood Mac was in town with a new lineup. How did it stack up to the classics?
BY JOSHUA TEHEE FRESNOBEE
PHOTOS: CRAIG KOHLRUSS 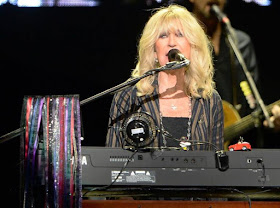 Fleetwood Mac isn’t what it used to be; quite literally.

In April, the band fired its longtime guitarist and singer and announced it would be touring with a new lineup. So, Lindsey Buckingham was out (and not for the first time), to be replaced with Tom Petty’s ax-man Mike Campbell and Neil Finn of Crowded House.

Buckingham might take solace in knowing it took two men to replace him.

While hardcore fans might balk at the idea of a Fleetwood Mac without Buckingham, the crowd that packed into Save Mart Center Thursday night didn’t seem to mind as the band ran through two-plus hours of its biggest hits, plus a few choice surprises just for the tour.

The band used the new members to full capacity, with Finn taking over vocals duties on upbeat rockers like “Second Hand News” and “Monday Morning” and Campbell handling the lead guitar work and solos. He channeled a perfect Carlos Santana on “Black Magic Woman,” which was recorded as a Fleetwood Mac single in 1968 and sang here by Stevie Nicks.

It seemed fitting for a woman to do the song, “since it’s the year of the woman,” Nicks said, to big cheers..

Finn and Campbell were out front and visible for the bulk of the show. At one point (during a rendition of the Pete Green tune “Oh Well”) the pair was alone at the front of the stage, as if this were their band.

It’s not their band, though, and if anything the night belonged to Nicks and Christine McVie, who ended the night with a rare duet on “All Over Again.” McVie spent most of the set behind a keyboard, with Nicks singing (or shaking a tambourine) from a scarf-draped mic stand nearby. Both had shining moments; McVie early in the set with “Little Lies” and Nicks with “Landslide.”

Not everything worked. The band introduced every song, and rather awkwardly at times. This gave the set an odd pacing, especially during the first half-dozen songs.

Bottom line: If you’re over 35 and grew up listening to the radio at all, the show is good fun. You’ll know the majority of the set list and be able to sing along. Well, to the choruses, at least. 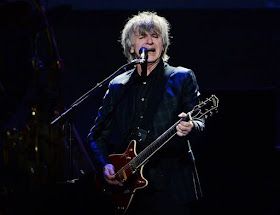 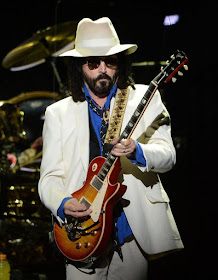 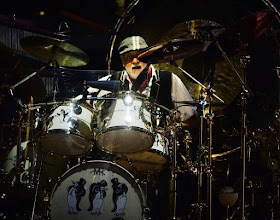 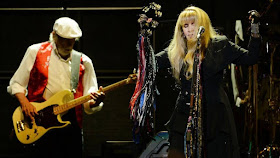