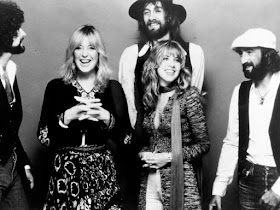 Christine McVie: inside the world of Fleetwood Mac, then and now
As the band prepares for its UK return in June, Christine McVie talks Glastonbury, rock 'n' roll and retirement


June 2019 will be a big month for music fans for two reasons – an under-the-radar, little-known festival called Glastonbury and the return of Fleetwood Mac, the band’s first UK dates in six years. Sadly, this year at least, the two aren’t linked, but lead vocalist and songwriter Christine McVie says any decision to perform at Glastonbury isn’t down to the band itself.

“It isn’t up to me, it’s up to the management,” said McVie. “It’s their decision and down to logistics. I can’t say yes or no to Glastonbury, but I’d like to – so long as I don’t have to wear wellington boots on stage. Or maybe I’d just have to roll with it – wellie boots with mud.”

For now, fans will have to make do with two UK gigs at Wembley (the first time that McVie has performed in the UK with the group since officially rejoining), one of which sold out so fast that the band added a further date. Over 50 years after the band were first formed, appetite for Fleetwood Mac shows no signs of waning.

“Maybe people are just wondering when the first one of us is going to pop off because we’re not youngsters anymore,” laughs McVie. “Maybe people want to see us because they think it’s the last chance. We’re a young band at heart; you’d never think we are the age we are. We’re never static. It’s going to be fantastic.”


Any self-respecting rock ‘n’ roll band has encountered its fair share of drama, and Fleetwood Mac is no anomaly. There have been marriage, divorces and fall-outs, most recently the replacement of guitarist and vocalist Lindsey Buckingham after he was unceremoniously fired – a situation McVie described as “untenable”. The new line-up comprises Mick Fleetwood, John McVie, Stevie Nicks, and McVie along with newcomers Mike Campbell and Neil Finn.

“In the 70s, we were gods and goddesses,” says McVie. “Rumours was huge. We were a lot of younger and for a time it was a brilliant. It’s definitely more sober now. I think we’ve got better as I’ve grown older. We’re the best band we’ve ever been.”

For McVie, music was always her one true love. She dabbled with the idea of becoming an art teacher, but let that fall by the wayside (“I obviously didn’t fancy doing my last year of teacher training”) and started working as a window dresser in a department store. In 1967, she joined Chicken Shack where she first came across Fleetwood Mac on tour.

“I’ve never wanted to do anything else,” she says. “The band are like my family. I started writing songs when I was very young, but I wasn’t very good. In fact, I was quite paranoid about it. Then I joined Fleetwood Mac and Mick encouraged me to keep trying. I wrote all the time during that time and my pop developed into more of a blues style. It was Mick who told me to persevere and eventually I wrote a few good songs.”

A few good songs such as Don’t Stop, which chronicled how she felt after her separation from John McVie after eight years of marriage; You Make Lovin' Fun, about an affair she had with the band’s lighting director while she was still married to McVie (she told her husband that it was about her dog); and, of course, the perennial Songbird, which she wrote in just 30 minutes.

Fleetwood had a sound that was pivotal not only to the generation they were first born into, but for generations to come. But it wasn’t and still isn’t just the music that fans gravitate towards; it’s also to do with the chemistry shared between band members. McVie and Stevie Nicks shared a particularly close bond – Nicks calls her a mentor, sister and best friend. They shared and experienced a lot together – bad break-ups and affairs that probably shouldn’t have happened but did – all on a diet of drugs, alcohol and zero sleep. McVie says it was and still is their differences that make them close.

“Stevie is just unbelievable,” says McVie. “The more I see her perform on stage the better I think she is. She holds the fort. She’s a brand. We’re quite different in that way - I have an outside life. I live in London not the States. I like going shopping on my own. I have more of a normal life than her and that keeps me grounded. I have other friends and I do other things. I enjoy going sailing. Stevie is devoted to her career and boy, does she do it well.”

McVie says that, although they were on the road for a lot of the time in a male-dominated industry, she never came across any sexism or misconduct. “But maybe that’s just because we were surrounded by terrific guys,” she muses. “The guys in the band were all gentleman, as were the crew.”

It would be bitterly disappointing if such a legendary band hadn’t indulged in a rock ‘n’ roll lifestyle – and Fleetwood live up to expectations. McVie says her relationship with co-founder of The Beach Boys Dennis Wilson was her “craziest time”.

“We all drank a lot and did a lot of cocaine, we partied a lot, I don’t think I did anything terribly outrageous,” she says. “Except I once threw a cake out the window which landed on top of taxi. I was kind of the good girl in the group. That’s who I was. Stevie used to call me Mother Earth because I was always pretty grounded.”

However, being on the road took its toll on McVie and in 1998 – the same years she was inducted into Rock and Roll Hall of Fame - she quit the band and went into retirement for 15 years. She moved to Kent where she restored a Tudor house and kept a low profile. A fear of flying stopped her from going too far. But Mick Fleetwood has a knack of bringing people together, and he reached out to McVie at the right time.

She had started seeing a therapist to deal with her flying phobia, who – after a few sessions – asked her where in the world she’d most to be if she could fly anywhere.

“I said Maui because that’s where Mick was living at the time,” she said. “So, the therapist said, ‘why don’t you just a buy a ticket. You don’t have to get on the plane, just buy the ticket.’ Then as irony would have it, Mick called me just after and said ‘Look, I’m coming to London, are you around?’ I told him that I’d just bought a ticket to see him and he said, ‘well I’ll meet you in London then and we’ll fly back together.’ So that’s what I did.”

McVie rejoined the band not long after, and, as she says herself, the band has never sounded better – and, thankfully, retirement couldn’t be further away. “Mick Fleetwood is the granddaddy of the band and he will do anything to keep it together.

“Not many bands have had the same longevity; there is life in the old girl yet. It’s about finding new inspiration and enjoyment for each other. As long as we have that we’ll keep going.”