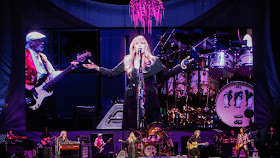 First the distant view of Fleetwood Mac’s performance at Philadelphia’s Wells Fargo Center on Friday, on what the group says is its farewell tour.

The show was a two-hour-and-five-minute evening of 21 songs that included 13 of Fleetwood Mac’s Top 20 hits – virtually all of which held up as timeless music. It also played, as would be expected on a farewell tour, tunes from throughout its 52 years as a band and some interesting additions.

And it put each band member in the spotlight.

But the devil was in the details, as they say.

Up closer, singer/guitarist/songwriter Lindsey Buckingham, who was fired from the band for resisting plans for the tour (and who was since incapacitated by open-heart surgery) was badly missed multiple times, especially on some signature songs. It showed how much Buckingham meant to the band.

Despite that, there was no mention of Buckingham at all through the entire night.

Replacement guitarist Mike Campbell of Tom Petty & The Heartbreakers was a fine player, but never quite captured what Buckingham added to his songs, and was badly under-used for half the show.

Much the same could be said for vocal replacement Neil Finn of Crowded House, who in some instances clearly tried to replicate Buckingham but fell short.

The democratization of the spotlight also occasionally gave the show a stilted, trying-too-hard feel.

The show opened with “The Chain” – among seven songs from the band’s most successful album, 1977’s “Rumours,” and the only tune credited to all its members. It was as if the band was making the statement that, despite Buckingham’s absence, it was still an unbroken chain.

It was the first song on which Finn clearly tried to approximate Buckingham’s voice and Campbell tried to display his playing chops. Both were good, but not Buckingham. His vocals were especially missed on “Second Hand News.”

The show was loaded with hits from the start: “Little Lies” and “Say You Love Me” featuring Christine McVie on vocals and the huge hits “Dreams” and “Rhiannon” featuring Stevie Nicks.

Both vocalists sounded diminished, or at least tentative; Nicks singing in a noticeably lower range and in a much broader voice rather than her nuanced 2016 performance at Sands Bethlehem Event Center.

She was in better voice on “Gypsy,” actually hitting high notes, and got a huge cheer for a simple twirl in her lacy black dress, but even Buckingham’s echoed vocals were missed in that song. And Campbell played the distinctive Buckingham guitar chimes, but not as well.

McVie took center stage to sing “Everywhere,” which a third of the way through was the song that to that point best captured the entire essence of Fleetwood Mac.

But, as was the case through much of the night the songs were just so good they were very enjoyable – though not always as deserving of the lavish response the nearly sold-out ground showered on them.

Ironically, even with two guitarists replacing Buckingham, it was an added guitarist (extra keyboardist, percussionist and two singers also were added) who played the guitar line on “Little Lies.”

Six songs into the set, Campbell – strangely sidelined to that point – had a chance to cut loose on “Black Magic Woman,” which was a hit for Carlos Santana but originally a Fleetwood Mac song from the band’s Peter Green era.

Later, Campbell had even more space on Green’s 1969 tour de force “Oh Well,” and Campbell took it – and wailed.

In recognition of Finn’s career, he played a solo acoustic version of his Crowded House hit “Don’t Dream It’s Over” that was a great song, but an odd fit for Fleetwood Mac – a point brought home when Nick joined him at the end and showed it was the wrong song for her.

But the pair’s performance of “Landslide” was among the best songs of the show, with Nicks holding a long, long note at the end to great cheers.

“Hold Me” and “Monday Morning” were two more songs that were great – the former another highlight of the show -- but were weaker without Buckingham’s voice. But Campbell’s guitar shined on both.

Drummer Mick Fleetwood was given the spotlight for a 10-minute solo and spotlight on the early (1975) “World Turning,” and while he owned it – even stepping out from behind the kit to play a bongo center stage – it felt a bit obligatory.

Christine McVie and Nicks each got the spotlight late in the show – McVie on “You Make Loving Fun,” which was payed tougher than the original and on which Campbell ripped and Nicks on her showcase: a 12-minute, foreboding and ominous version of “Gold Dust Woman.”

That song featured by far Nicks’ best singing as, donning a gold shawl, she wailed and spit lyrics. And it was hard not to think she was talking to Buckingham when she forcefully sang, “Can’t take me down/Can’t shake me.”

It made it obvious that the show could have been far more Nicks-centric, and perhaps would have been better for it (the show skipped her great songs “Sara” and “Seven Wonders”). But the group clearly made the effort that it not be.

And it was especially hard not to hear the song that closed the main set, “Go Your Own Way,” as being directed at Buckingham – although it was ironic that it was his song and was among the ones that most missed his vocals.

The encore opened with the acknowledgement of Campbell on Petty’s “Free Fallin’,” with Nicks on vocals and Campbell recreating his guitar part as a photo montage flashed behind them. It was a great version, but ironically also missed the original vocalist – Petty. (Also, a better choice might have been the Nicks/Petty duets “Stop Draggin’ My Heart Around,” on which Campbell also played.)

And the night ended with what Christine McVie called “a little-known Fleetwood Mac song” – “All Over Again,” a 1995 deep cut sung by her and Nicks that McVie said was “about seeing changes and … celebrating it.”

It was a nod to all the changes Fleetwood Mac has been though in its career – including the latest one with Buckingham, and the band’s stated finale.

But the night’s penultimate song may have been the true statement of Fleetwood Mac. It was another “Rumours” hit that has propelled the band over the past 40 years: “Don’t Stop.”

And one couldn’t help but wonder whether Fleetwood Mac ever really will.

The band already is coming back to Wells Fargo Center on April 5. 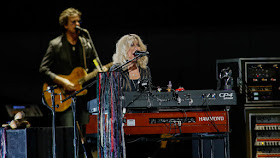 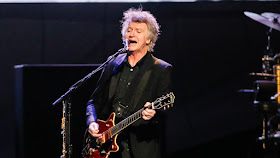 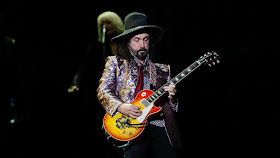 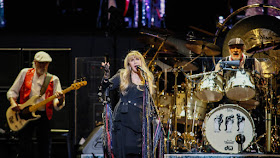 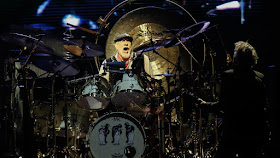