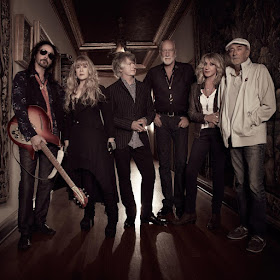 A statement issued by the band says this week's concerts will be rescheduled including a show in Toronto tonight, Winnipeg on Thursday, and Edmonton on Saturday. A stop in Calgary on April 15 will also be pushed.

Fleetwood Mac is also cancelling their gig as headliners at Jazz Fest in New Orleans on May 2. They were brought in as a replacement for the Rolling Stones last week after Mick Jagger announced his heart surgery.

Mick Fleetwood says in a statement his band hopes to reschedule all of the Canadian dates in October and November of this year.

"The flu has sidelined Stevie for a couple of weeks but she is on the mend and we look forward to getting back out on the road," he added.

Two US dates, Boston and Philadelphia were also postponed and those are expected to be rescheduled as well.