Eddy Quintela, second husband to Christine McVie has passed away 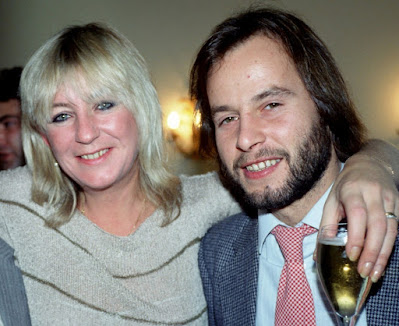 Eddy Quintela, second husband of Christine McVie and co-writer on a number of her songs from 1987 through 1997 has passed away.

Song writer, keyboardist and composer of Portuguese origin, Eddy Quintela was also the second husband of Christine McVie, a fundamental element in the formation of Fleetwood Mac. For the North American band, Quintela composed with McVie numerous songs between the years 1987 and 1997 Among them is the hit, "Little Lies" from the album Tango in the Night, published in 1987. The hit helped this LP to become the second best seller in the entire Fleetwood Mac career.

They divorced in 2003 but continued to collaborate on Christine McVie's solo album published the following year. One of Eddy Quintela's themes for the American band, "Nights in Estoril", alludes to the time spent by the couple in Portugal, where the musician established several connections, namely in the Cascais line, with Marita Leon (with whom he maintained a musical project in the 1990s) and Fernando Cunha dos Delfins. The song would be published on Fleetwood Mac's Time album, which came out in 1995. In an interview with the British newspaper Guardian, McVie would say however "he was not happy in love".

Eduardo Quintela de Mendonça, of his full name, will also have collaborated with Adelaide Ferreira, at the time of "Baby Suicida" and Portuguese rock. In a post on his Facebook page, Manuel Falcão, founder of BLITZ, says he met Eddy Quintela through a mutual friend, Pedro Baltazar. "He lived a large part of his life in the United States and Great Britain and returned to Portugal some twenty years ago. He was a creative man, he was engaged in a musical project that he loved, a rock opera about John Kennedy, which he left almost ready, now that's left".