Fleetwood Mac makes some significant moves on the albums and singles chart in these selected countries. 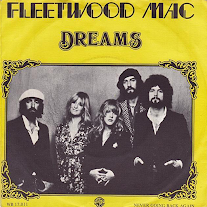 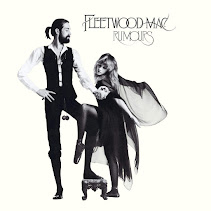 Finally, Fleetwood Mac’s Dreams re-enters the Official Singles Chart Top 40 for the first time since 1977, climbing 18 places to Number 37. The feat follows a surge in streams and downloads following the viral TikTok video of user Doggface208 skating to the track while drinking cranberry juice. Mick Fleetwood and Stevie Nicks have each since responded with their own TikToks paying homage to the clip.

Dreams only peaked at Number 24 upon its original release in August 1977, however its success has endured over the years, racking up just shy of 100 million streams in the UK since streaming was introduced in 2014.

Dreams is Fleetwood Mac’s first UK Top 40 entry in seven years. In 2013, their 1988 hit Everywhere re-entered the Top 40 at Number 15 following its use in a TV advert.

In IRELAND Fleetwood Mac’s discography is being streamed strong, leading to a new peak for the band’s 2018 box set '50 Years – Don’t Stop'. Peaking at #5 previously, the collection advances to #4 this week. 'Rumours' returns to the Top 10, climbing to #6.

Fleetwood Mac's 'Rumours' is the "greatest gainer" this week on the Billboard Top 200 albums chart dated October 17, 2020 as it explodes in sales and jumps up the Top 200 albums chart to number 13 from number 27 last week as a result of Nathan Apodaca’s viral TikTok video featuring 'Dreams'. The last time the album was this high on the charts was back in May, 2011 when the entire 'Rumours' album was featured in the Glee episode and it reached number 11.

The 1988 Greatest Hits release also sees a major boost on the chart, jumping up to number 61 this week from number 103 last week.

DREAMS ROCKETS UP THE BILLBOARD HOT 100

'Dreams' re-enters the Billboard Top 100 singles chart at number 21 this week based on sales, streams and radio play. The song took off following Nathan Apodaca’s viral TikTok video flying up the iTunes and Spotify song charts. The song is currently No.1 on iTunes in the US and has been for a number of days.  This is the first time the song has been on the Hot 100 since August, 1977!