Fleetwood Mac's 'Rumours' and 'Dreams' explode on the Billboard Charts! 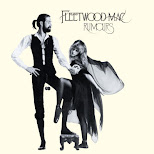 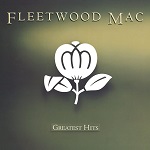 Fleetwood Mac's 'Rumours' is the "greatest gainer" this week on the Billboard Top 200 albums chart as it explodes in sales and jumps up the Top 200 albums chart to #13 from #27 last week as a result of Nathan Apodaca’s viral TikTok video featuring 'Dreams'.  I believe the last time the album was this high on the charts was back in May, 2011 when the entire 'Rumours' album was featured in the Glee episode and it reached #11.

The 1988 Greatest Hits release also sees a major boost on the chart, jumping up to #61 this week from #103 last week.

DREAMS ROCKETS UP THE BILLBOARD HOT 100

'Dreams' re-enters the Billboard Top 100 singles chart at #21 this week based on sales, streams and radio play. The song took off following Nathan Apodaca’s viral TikTok video flying up the iTunes and Spotify song charts. The song is currently No.1 on iTunes in the US and has been for a number of days.  This is the first time the song has been on the Hot 100 since August, 1977! 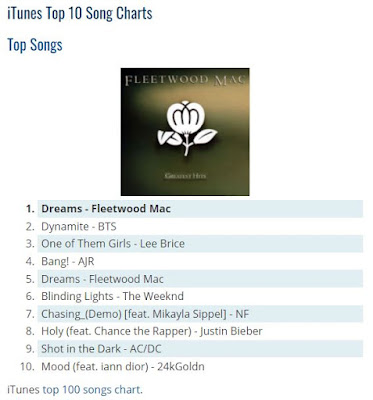