Fleetwood Mac’s ‘Dreams’ Is Back on the Charts 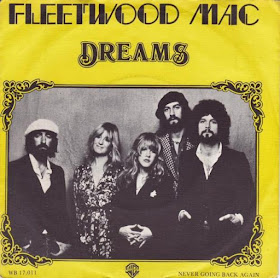 After a viral TikTok of a man lip-syncing to ‘Dreams’ while longboarding and sipping Ocean Spray, the song enters the daily RS 100 at Number 29.

After a TikTok where a man lip-syncs to “Dreams” while longboarding and drinking Ocean Spray
Cran-Raspberry Juice went viral, Fleetwood Mac’s 1977 classic has seen a massive spike in streams, enough to enter the Rolling Stone Top 100 Songs Chart.

The track, off the band’s 1977 album Rumours, currently sits at Number 29 on the daily version of the RS 100, which ranks the biggest songs in the U.S. by a combination of sales and on-demand audio streams. An official version of the Rolling Stone Top 100 chart is published every Monday.

With over 16 million views on TikTok, doggface208’s viral video  — which won the approval of Fleetwood Mac themselves — caused streams for the song to more than double from Saturday through Monday.

Spotify reports that streams were up 127% on its platform with a 242% increase in first-time listeners of the song. Apple reported a spike of 221% in streams, and also reported a 1,137% increase in Shazams for the song, indicating that the song was finding new listeners.

During the weekend, 15% of all Spotify streams of the Stevie Nicks song were first-time plays on the platform, which is a 53% higher average of first-time streams than normal.

“Dreams” has become a classic rock staple on TikTok in recent years; In 2018, the song charted after going viral in a dance video.