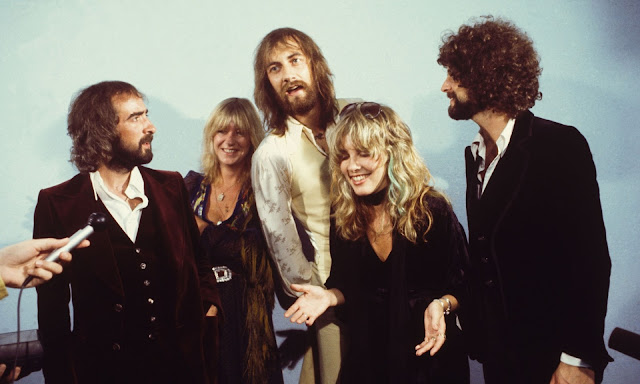 A new generation of listeners is discovering the Fleetwood Mac classic “Dreams” thanks to a viral TikTok video posted by Nathan Apodaca riding a skateboard, lip-synching the song while sipping a large bottle of Ocean Spray Cran-Raspberry. The 23-second video has been viewed millions of times, sparking a resurgence of the song from the 1997 Fleetwood Mac album “Rumours.”

The track accumulated 521 total spins the week of Oct. 19-25, according to Mediabase, with Top 40 radio leading the way with 248 or nearly half of the total spins. The song moved from No. 96 on the Mediabase Top 40 chart to No. 59 week-over-week.

Louie Diaz, Cumulus Media VP/Contemporary who programs Atlanta’s “Q99.7” WWWQ, gave a head’s up to his airstaff when the song started showing up on the music log every three hours. “We will treat it like a current song,” he wrote in a memo acquired by Atlanta Journal-Constitution radio and TV reporter Rodney Ho. “So, when you hear it into the Weeknd or Post Malone on Q99.7, don’t think it’s weird.”

He told Ho he’s not sure how long the song will be a taking up a spot on the current list, but says “Dreams” doesn’t sound out of place and is one of the top three most checked songs in the market on Shazam.

The viral video helped placed the song back on Rolling Stone’s Top 100 Songs Chart and the band notched its best-ever week on streaming, NPR reports. In its first hour on TikTok, the video gathered some 100,000 views. It now has more than 35 million. TikTok says 134,000 tribute videos have been made, totaling nearly a half-billion combined views.

The band has also noticed, with Mick Fleetwood telling NPR, the video “was spontaneous. It was heartfelt. It was fun, and God knows we need some of that right now... It could have been any song, but it was ours.”

Stevie Nicks, whose vocals Apodaca sings along to in the video, told “CBS This Morning,” “This TikTok thing has, kind of, blown my mind. And I’m happy about it because it seems to have made so many people happy.”

The newfound love for a classic song is not unusual. In the past it was movies and commercial campaigns that revived a song. After its prominence in the movie Wayne’s World, “Bohemian Rhapsody” by Queen returned to the Top 40 charts. Similar occurrences took place with Ben E. King’s “Stand By Me,” featured in the 1986 movie of the same name; “Unchained Melody” by the Righteous Brothers from “Ghost” and even “I Heard it Through the Grapevine” by Marvin Gaye, which blew up thanks to an animated commercial campaign for California raisins, commissioned by the California Raisin Advisory Board in the 1980s.