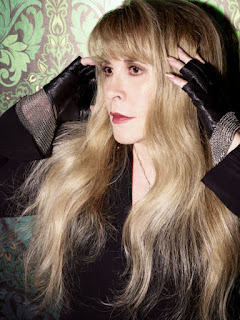 Anything Stevie Nicks says carries a massive amount of weight. She is a two-time member of the Rock And Roll Hall Of Fame, solo and with Fleetwood Mac, and one of the most beloved icons in music today.

So when she talks about her influences, those artists that shaped her sound, it is a fascinating read. And one of the main influences in the quartet that she says, " I just put in the big witches' pot and stirred it up and made it into one thing," to make her sound, happens to be fellow multiple member of the Rock And Roll Hall Of Fame (solo and with Buffalo Springfield), Neil Young, who turns 75 today.

So in honor of Young's seventy-fifth birthday, here is part three of my incredible 90-minute conversation with Nicks, where she talks about her quartet of influences, Bob Dylan and much more. If you want to know where Stevie Nicks' sound comes from, she tells you here. And not surprisingly it is some of the greats of music, like Crosby, Stills And Nash, who she talks about wanting to cover. How cool would that be?

Steve Baltin: I love the way that you refer to "Show Them The Way" as a prayer and saving the world. What are some protest songs for you, that give you the feeling of being able to save the world and also what are some songs that are like a prayer for you, that have a similar sort of ethos to show them the way?

Stevie Nicks: That’s a hard question. When I think of actual protest songs, the song that runs through my head is Bob Dylan’s "Tangled Up in Blue," “There was music in the cafes and revolution in the air." I was just losing my head the first time I heard "Tangled Up in Blue." Which was a long time ago, before there was ever a political bone in my body .But I understood that he was very political and that just everything he wrote was touched with some politics. And the idea that there was music in the cafes and revolution in the air, and that’s what music does to people. They may be out there protesting in the streets, but if there wasn’t a pandemic they’d still be going into restaurants and into bars and into clubs and discuss it in those places and play music and they’d be discussing it while music was playing. So I think that it’s what Bob Dylan meant by that statement. I just always think of that.

Baltin: Blood On The Tracks is such a personal album that is intertwined with political. When you look at other songs that you’ve written, are there other songs of yours that you feel you were… touched by God, as if you were a conduit for it?

Nicks: Well I think I was definitely a conduit for this. I don’t know if I’ve ever written a political song actually. I did write a song, "Desert Angel,' for Desert Storm, and that was a long time ago. I was in Phoenix when that happened. I must have been pretty bummed out about it because I wrote that song. And I wrote "Illume" for 9/11and I’ve never been able to do "Illume" on stage, still, after all this time, because it’s too close. I don’t know if I could do it. And "Desert Angel," that I never did. Those are my three political songs, "Illume," "Desert Angel", and this one.

Baltin: Most writers agree songs change for them over time. Look at a song like "Landslide," written in 1975, it probably feels like an entirely different life?

Nicks: Yeah, they do change for sure. It’s interesting that you bring up Jackson [Browne’s] song "These Days" because the line in that that I remember is the one, “Don't confront me with my failures / I have not forgotten them.” That line, because we all feel that way. You don’t have to bring up my failures to me because I know exactly what they were. That’s a pretty heavy statement. It’s like "Music in the cafes and revolution in the air," sometimes just a sentence out of somebody’s song will mean a million things to you, who didn’t write it. Just to the person that’s listening to it. And sometimes us as writers are the last people to really understand.

Baltin: What have you been listening to during this time?

Nicks: I love Neil Young . I've been listening to a lot of Crosby, Stills, Nash And Young and Joni Mitchell and just that whole era of people. Buffalo Springfield in the last seven, eight months. I've been listening to a lot of their music on my Sonos and it makes me happy. And I've decided that Neil Young was actually a lot more...he wrote a lot of very loving love ballads. He was not only the huge rock and roll crazy guy that I always thought. There are so many ballads I've gone, "Wow, you know what? You're just a big pussycat. I can't believe it." No wonder they chose him to come into Crosby, Stills And Nash. They wanted somebody like the Eagles wanted Joe Walsh, they wanted somebody that would have that heavy hand. But then when you listen to something like "Slowpoke" or some of these amazing songs, I've been blown away over the last couple of months listening to his ballads going like, "This guy, really seriously, in a way, wanted to be in love."

Baltin: That is fascinating. But it's interesting because I noticed that transition musically from angry young men in Dylan and Petty to much more sentimental and forgiving. But I also think guys just mellow as they get older.

Nicks: Yeah, I do too. And I'm glad that most of them got their hard rock parts out and then also got some of the beautiful love things out at the same time so that it wasn't like they were tacking on the other side at the end of their career. So they were actually written around the same time because I've been listening to Crosby, Stills, Nash And Young and some of those songs, some of those records, are really sweet from Neil Young and I just never knew that.

Baltin: Is there one song off that record that speaks to you the most?

Nicks: Well, that whole record. I spent my whole summer after my senior year listening to nothing but that record for three solid months. Every single song from "Helplessly Hoping" to a bunch of songs I would really like to record and talk about protest songs, "For What It's Worth" and "Ohio," they wrote some really amazing protest songs. You're like, "Wow, those things could have been written today too."

Baltin: Great protest songs are timeless because the best protest writers are also the best storytellers often, Look at Jackson Browne, who is one of my favorite lyricists of all time.

Nicks: "That Girl Could Sing," one of my favorite songs because I always wanted to think that, even though I didn't know Jackson Browne at that point, that he wrote that about me because, "Oh, I'm such a cool presence." And when you take, "She was a friend to me when I needed one," and you remember those sentences and even the melody of those sentences. When I tell people my greatest influences I say Joni Mitchell for phrasing, she could fit 50 words in a sentence and have them sound glorious without being rushed or crushed in, so I really learned a lot from her about phrasing. From Jackson I learned about writing love songs. From Crosby, Stills And Nash it was the three-part harmony I wanted Lori [Nicks], Sharon [Celani] and me to become like to make my first solo album, which we are doing even on this record, even on this song. There's one line where we do a three-part, "It was just another night in the presence of Martin Luther King," we did that in a three-part. And every time it goes by I go, "That was it, that was what I told Jimmy Iovine when I told him I wanted to produce the record." I told him, "I have two girl singers and they sing amazing. And together we have created a sound. It's like a Crosby, Stills And Nash sound and that's what we want. I don't always want my voice to be louder than theirs." And he said, "Okay, that's what we'll do." That's another thing. I'm so proud of this song, I'm so proud of the singing in this song. It maybe a political song, it maybe a protest song, it may just be a really good song. But what it also is, it's a really well-sung song. And I'm so proud of the girls because we didn't have much time and we pulled off some of the best vocals we have ever done since 1980 when we started Bella Donna.

Baltin: How do you hear all of those influences in your music?

Nicks: When I was coming out of high school to my second year of junior college that was when those four influences really started to take over my life, to the point I'd get in an elevator with Lindsey [Buckingham] and I would be singing Joni Mitchell's "Same Situation:" and he'd look at me and go, "Don't you know anything else?" And I'd look at him and go, "No, I don't. That's all I know right now is that song. I'm just gonna continue to sing it, so thank you" (laughs). That was how completely attached I would get to each one of the songs on all those records. I would just pick one and stick with it for two weeks. That's how I learned. I put them all together, all those people, I blended them into one voice. I took what I thought was the greatest thing about the way Joni phrased and about how Jackson picked out incredibly romantic things to say and about how Crosby, Stills And Nash had the three-part harmony that made me think I should be on the Southern Cross sailboat that was going across the ocean singing at the top of your lungs and that Neil Young was actually a sweet, loving guy that just wanted to be in love besides being a rock star. And all of that I just put in the big witches' pot and stirred it up and made it into one thing. And that was my inspiration for everything I ever did.