Stevie Nicks is this year’s patron saint of dreaming - Slate 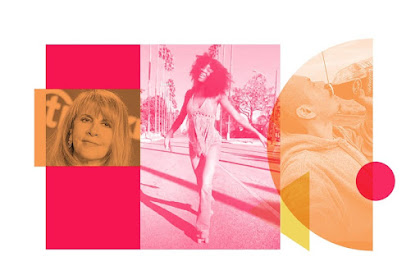 First, Lindsay, I absolutely loved Letter to You, especially as a meditation on friends who have died in a year full of loss. It broke my heart and lifted me up in a way only Bruce Springsteen can.

To Ann’s question about musical lineages and what felt completely new, I would be remiss to not bring up one veteran rock star who has had quite the year: Stevie Nicks. The influence of her and Fleetwood Mac has never felt more potent in popular music, while one of the biggest songs she ever wrote for FM had a major comeback. It was the year of “Dreams,” in a year where it felt like we were in a dream deficit.

What was it about “Dreams,” one of many popular singles on Fleetwood Mac’s immensely popular 1977 album Rumours? It was a remarkable song even then, becoming the band’s only No. 1 hit in the United States. It’s one of the more subtle break-up songs on an album filled to the brim with divorce, infidelity, and heartbreak. Nicks’ now signature mysticism builds a quiet storm of her own as she gives a romantic weather report:

Thunder only happens when it’s raining

Players only love you when they’re playing

When the rain washes you clean, you’ll know

Growing up, “Dreams” always embodied a certain type of wistful, ’70s nostalgia. It was less about the decade itself, since I did not actually live through the ’70s, but the type of ’70s that was sold to me in Delia’s catalogs, sitcoms, and my own family’s vintage photos. There’s a sun-soaked, bohemian ethereality to that version of the decade, built both by retro revisionism and by the fact that a song like “Dreams” exists.

I noticed that “Dreams” was gaining some traction early during lockdown. This was mostly because I am someone who listens to a lot of Fleetwood Mac and solo Stevie Nicks, no pandemic needed, so it felt surreal to see the song all over TikTok and Spotify’s snitch-y sidebar of what your friends are listening to. On TikTok especially, the content around “Dreams” was so chaotically variant and diverse, it made me tear up to see the song reach so many different kinds of users and content creators. There were the girls in bell bottoms who would roller skate down empty streets to it.

There were the cosplayers, either dressing up as Nicks or writing visual fanfic of what it was like for her ex-boyfriend/bandmate/eternal bandmate Lindsey Buckingham to hear this particular break-up song about him in the studio for the first time.

Of course, because this is TikTok, there were also highly choreographed routines.

Nothing took off outside of TikTok quite like the serene, brain-cleansing footage of user @420doggface208—whose real name is Nathan Apodaca—skateboarding, drinking cranberry juice, and lip-syncing to “Dreams.” This particular video blew up one evening in October (actually while I was on the phone with Stevie Nicks, to briefly flex). Something about it hit our collective consciousness’ need for serenity now. We all aspire to be as pleasantly unbothered as Apodaca is, enjoying his juice and listening to Fleetwood Mac, with a road all to himself and his skateboard. No thunder or rain in sight.

Apodaca’s video became the type of viral moment that could quickly go sour: everyone had their own version and even Ocean Spray had capitalized on the unintentional #sponcon. But it still hasn’t: It became exciting to see it explode, even once the members of Fleetwood Mac recreated the video, with heavy artistic license.

My favorite was Buckingham’s, whose relationship with Nicks since their break-up more than 40 years ago is the most dramatic kind of relationship you can even have with an ex you didn’t marry or have kids with. Of course he chose to film his on a horse, one whole month after Apodaca posted his video! I’ll spend years unpacking it.

Outside of “Dreams,” Nicks and Fleetwood Mac have been an immense presence in pop music. Countless pop artists have cited their influence, and over the past couple of years, Nicks has become creatively entangled with several of them. She’s released songs with Lana Del Rey and Miley Cyrus; she’s performed several times with Harry Styles, who also inducted her into the Rock and Roll Hall of Fame last year; she was even interviewed by the 1975’s Matty Healy as part of Healy’s album promo campaign. Lorde, Khalid, and Carly Rae Jepsen have all bowed to the impact of both her solo career and the many influential albums Fleetwood Mac released with their most well-known line-up. Personally, I hear Fleetwood Mac throughout the finger-picked moments of Taylor Swift’s Folklore and Evermore, especially the tender, “Dreams”-like “Invisible String.”

I like Stevie Nicks as this year’s patron saint of dreaming. Even without touring, she was an incredibly present balm. On Twitter and Instagram, she would share beautiful, hopeful, and wise love letters to the world in some type of computerized cursive font. Other times she would share sweet dispatches from her quarantine life, like a trip to her eye doctor or her first time seeing a white-winged dove, the bird she helped make famous with “Edge of Seventeen.” Her letters were stern, thoughtful reminders that we have to push forth, wear a mask, be kind to each other, and listen to Harry Styles’ Fine Line. “Please don’t throw this world away,” she reminded us in July.

Her new song “Show Them the Way” carried similar sentiments. Inspired by a dream she had many years ago, one where she was invited to perform for Martin Luther King Jr., John Lewis, Bobby Kennedy, and John F. Kennedy at some type of benefit, she asks those same spirits to guide us now. “I wasn’t old, I wasn’t young/I was just part of their dream,” she sings. This year, she was a part of all of ours, too.

Carl, were there any songs from the past you were surprised to see return this year, either through the covers Ann detailed so well or another type of viral moment?