Press Release:
STEVIE NICKS PARTNERS WITH PRIMARY WAVE MUSIC!
THIS NEW PARTNERSHIP WILL SEE THE INDEPENDENT PUBLISHER ACQUIRE A MAJORITY STAKE IN THE LEGENDARY SINGER’S PUBLISHING COPYRIGHTS, AS WELL AS NAME AND LIKENESS SONGS INCLUDE “EDGE OF SEVENTEEN,” “RHIANNON,” “LANDSLIDE” AND “DREAMS” 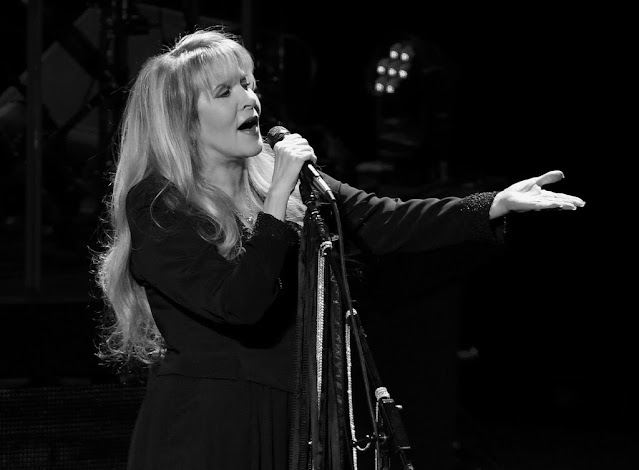 “The true rock legends change the game. Stevie Nicks, as a member of Fleetwood Mac, and later in her solo career, changed the game not only for women, but for what you could do in rock as a songwriter and a singer.” – NPR
NEW YORK, N.Y. (December 4, 2020) – As her hit song “Dreams” was re-entering the Billboard charts, the iconic singer and songwriter Stevie Nicks and Primary Wave Music were finalizing their partnership that will see Stevie join their family of legendary and iconic songwriters. This partnership continues to prove that Primary Wave is truly a home to the legends in music, furthering a year of incredible acquisitions and partnerships. Named one of the 100 Greatest Songwriters of all Time by Rolling Stone, Stevie Nicks is the only woman to have been inducted into the Rock and Roll Hall of Fame twice – the first time in 1998 as a member of Fleetwood Mac and then again in 2019 as a solo artist. Over the course of her unprecedented career, she has received eight Grammy Award nominations and two American Music Award nominations as a solo artist, as well as another five Grammy nominations and a win for Album of the Year as a member of Fleetwood Mac.
Primary Wave’s partnership with Nicks will see the dynamic publisher acquire a majority stake in her publishing copyrights, as well as representing the Grammy winner in brand alliance and brand marketing opportunities and will partner with Kobalt on administration for the catalog. The deal includes many of her timeless hits as frontwoman for Fleetwood Mac including the platinum hit “Landslide,” the Grammy-nominated “Edge of Seventeen” and “Stand Back,” as well as “Dreams,” which recently saw a resurgence thanks to a viral Tik Tok video posted this October. The song, which was the second single off Fleetwood Mac’s critically acclaimed, 1977 album Rumours, recently went Top 10 on Billboard’s streaming chart, saw another 16 million streams bringing it to over a half-billion plays on Spotify alone, and gave Stevie the #1 spot on Billboard’s Hot 100 Songwriters chart thanks to her writing credit on the classic hit.
Additional terms of the deal include a strategic publishing alliance with the singer that will allow her to sign new songwriters to a joint venture. Stevie will also now have access to Primary Wave’s entire marketing, branding, Broadway, Film/TV, and digital strategy teams, as well as their licensing and synch departments.
Of this new partnership, CEO & Founder of Primary Wave Music Publishing, Larry Mestel said, “To say we’re excited to welcome the incredible Stevie Nicks to the Primary Wave family would be a dramatic understatement. If Primary Wave were starting our company today, Stevie Nicks would be one of the shining pillars, a true legend among legends.” He goes on, “She is a groundbreaking artist, and the longevity of her iconic career comes from writing songs, instantly recognizable and critically acclaimed, that stand the test of time.”
Sheryl Louis, Stevie’s long-time manager, and Jamie Young, her attorney, negotiated the deal on behalf of Stevie Nicks.
Legendary singer, songwriter and storyteller Stevie Nicks is one of rock and roll’s most successful, inimitable, and groundbreaking artists. As a multi-platinum, Grammy Award-winning solo artist and member of Fleetwood Mac, she is the only woman to have been inducted into the Rock & Roll Hall of Fame twice and has collectively sold more than 140 million albums. Having captivated audiences for decades with her iconic live performances, distinctive songwriting, and constant cultural influence, Nicks continues to be an inspiration and mentor to younger performers. A member of Fleetwood Mac since 1974, the band’s enduring spirit stands for an incredible body of music – including Rumours, one of the best-selling albums of all time – that has connected with generations of people all over the world for more than 50 years. In October 2020, Stevie Nicks 24 Karat Gold The Concert was released at select cinemas, drive-ins and exhibition spaces around the world for two nights only. The sold-out film offered audiences a virtual front-row seat to the magic Nicks brought on her sold-out 24 Karat Gold Tour. Nicks also recently released her first new music in six years with the song “Show Them The Way” which also featured a stunning Cameron Crowe directed video. The song originally began as a poem and a track she calls “a prayer for people to unite; a prayer for people to get together.”
- Primary Wave 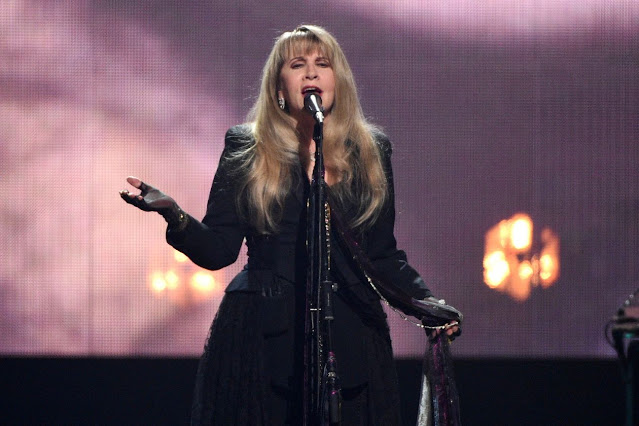 Stevie Nicks closed a deal to sell a majority stake in her publishing catalog late last month, on the heels of Fleetwood Mac’s “Dreams” hitting the Billboard charts for the first time since 1977.

Music publisher Primary Wave purchased an 80% interest in the copyrights, which are valued at about $100 million, according to people familiar with the deal.

The deal, which includes hits “Edge of Seventeen,” “ Rhiannon ” and “Landslide,” highlights the soaring value of music in the streaming era. Ms. Nicks’ sale coincides with the recent buzz around “Dreams” fueled by a viral TikTok video of a man skateboarding while listening to the Fleetwood Mac former No. 1 single. The song, written by Ms. Nicks, landed at No. 21 on the Billboard Hot 100 in October, logging its best-ever week of streams and download sales in the U.S.

Ms. Nicks and Primary Wave plan to partner on marketing, branding, and digital strategies to generate more revenue from her catalog, according to the publisher. Outlets for music are rising in new corners of the digital world, from video gaming to social media to advertising.

Songwriter catalogs, meanwhile, have been commanding sale prices that amount to 10 to 18 times their annual royalties, compared with eight to 13 times in earlier years, according to people involved in the deals.

The coronavirus pandemic has fueled the frenzy in part because music has proven to be a stable, recession-proof asset that produces returns largely untethered from the broader economy. Older hits, such as those found in Ms. Nicks’s catalog, are commanding higher prices than they were pre-Covid-19, because they are generally perceived as the safest bet, thanks to a long record, and have seen a surge in streaming during the pandemic.

Ms. Nicks laced up roller skates for her own version of the viral TikTok challenge. In the original, Idahoan Nathan Apodaca lip syncs to “Dreams” after sipping from a bottle of Ocean Spray Cran-Raspberry juice while longboarding down the street. The song and various copycat videos were then featured in a commercial by the social video platform.

Such visibility generates powerful spurts of interest in older music, helping drive streams on music platforms such as Spotify Technology SA, YouTube, and Apple Inc.’s AAPL -0.78% Apple Music. Every time a song plays, that is revenue for the artist, or whoever owns the catalog’s rights.

As part of the deal, Primary Wave will also market Ms. Nicks’s name and likeness, and form a joint venture that will allow her to sign new songwriters.

Ms. Nicks is the only woman who has been inducted into the Rock & Roll Hall of Fame twice: first in 1998 as a member of Fleetwood Mac, and again last year as a solo artist.

“Artists who are as talented and fortunate as Stevie to have such long and successful careers have the right to dictate the legacy of their music,” said Sheryl Louis, Ms. Nicks’ longtime manager, who helped negotiate the deal.