Lindsey Buckingham album review: Fresh songs with a classic Mac sound
If we ever get bored of those greatest hits, this will be a handy addition to the canon 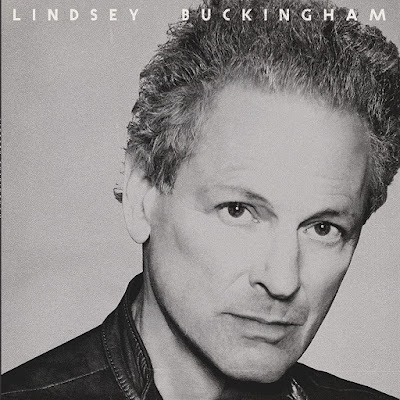 By David Smyth
Evening Standard UK
⭐⭐⭐⭐/5
Over four decades since the release of their biggest album, the world seems hungrier than ever for the music of Fleetwood Mac. The turbulent band’s greatest hits collection, 50 Years – Don’t Stop, has been in the UK top 20 all year, while that giant album, Rumours, is at 22 today – its 905th week on the chart. Possible explanatory factors include the death of founding member Peter Green last year, and the band’s song Dreams appearing in a viral TikTok video, but more likely it’s just that these sounds of the Seventies don’t appear to lose any appeal across the generations. Queen, Elton John and the newly recording ABBA are also in the top 20 this week, so it can’t just be your mum playing them for the 905th time.
Fresh music is thinner on the ground, however. The closest we’ve come to a new Fleetwood Mac album since 2003 was a 2017 recording that featured four main members, but not Stevie Nicks, and ended up being called Lindsey Buckingham Christine McVie. Nicks was also responsible for the ousting of Buckingham from the band before their last tour, across 2018 and 2019, in what was reportedly an “either he goes or I do” situation.
As Rumours proved, the friction between these former lovers often makes for the best music. However, there’s not much on his seventh solo album to suggest that Buckingham is still taking inspiration from that particular battle. I Don’t Mind, with lines such as: “Where there’s joy there must be sorrow/Never far apart,” is more likely about Kristen Messner, who filed for divorce from him after two decades of marriage this summer. In any case he sounds magnanimous in the song, which easily replicates his classic sound with its bright plucked acoustic melody and breathy female backing vocals.
As long as they’re not taking sides, Mac fans will find lots to love here, including the bucking guitar solo on the racing On the Wrong Side and the sweet, easygoing chorus of Santa Rosa. There’s not much evidence of ageing in the 71-year-old’s weightless voice. There are a few missteps – the restless electronic beats of Swan Song might be intended to keep up with modern times but in fact make it sound more dated, and the closing ballad, Dancing, is a dreary finale. But if there’s ever a chance that people tire of those greatest hits, this is an appealing minor addition to the canon.
Nickslive at Saturday, September 18, 2021
Share