Got Some Good News... And Got Some Bad News!! 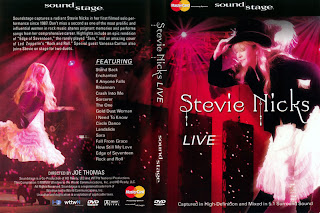 The Bad News... The release of Stevie's Soundstage DVD (according to Amazon) has been pushed back to December 31, 2008... This is the 5th push back of the release since July... Not Good!
The Good News.. Strike that! The GREAT News is that PBS is finally starting to ship the orders that were placed for the Soundstage show after it aired in July. Fans are already starting to receive their DVD's. So if you haven't ordered, I'd order through the Soundstage website (click the Soundstage banner to the right of the page, it will take you to the order site at PBS). It's cheap, $19.99plus shipping!

Couple of notes about the tracklisting. It's exactly the same as what was aired on PBS over the two nights in July. There is one disc in the package, with no booklet inside... and there is no bonus footage like PBS described in their ad at the end of each airing of the show. Most of the tunes are here from the actual show, a couple of notable songs missing are Dreams and Beauty and The Beast, which were both performed that night.

Couple of pics courtesy of LiamMcConville over at Seven Wonders... Two screen caps of the DVD Menu and the front and back covers courtesy of Stevie-Nicks.INFO. 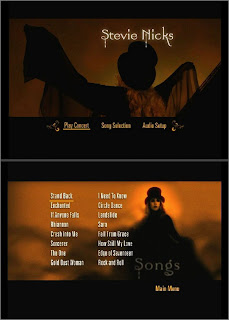