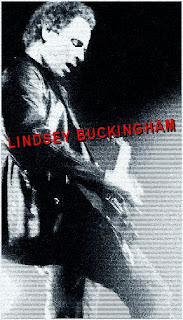 There's one place Lindsey Buckingham wishes he could have snuck into after finishing the controversial 1979 Fleetwood Mac album, "Tusk."

"I make the joke that I would have loved to have been a fly on the wall in the board meeting when they first put 'Tusk' on and started listening to that thing over at Warner Brothers," Buckingham said in a recent phone interview.

The reasons for Buckingham's curiosity are obvious enough. "Tusk" was the follow-up album to Fleetwood Mac's blockbuster 1977 album "Rumours." Rather than filling "Tusk" with the kind of finely crafted and accessible pop of "Rumours," Buckingham steered Fleetwood Mac in a quirkier, more adventurous direction. What's more, "Tusk" was a double album that would have to carry a higher-than-usual retail price.

Buckingham can only imagine the uneasy atmosphere that must have filled the room as the Warner Bros. executives realized their expectations for eight-digit sales of the next Fleetwood Mac album had gone up in smoke.

The topic of "Tusk" is appropriate now because Buckingham recently once again has shown his willingness to not play things safe with his music. In 2006, he released a stripped back, primarily acoustic CD, "Under The Skin," that prompted words of caution from the Warner Bros. camp.

"It's almost kind of a 'Tusk' in miniature," Buckingham said.

At the time, Buckingham also had begun work on a plugged-in, more commercially viable studio album, which came to be the newly released CD "Gift Of Screws." Buckingham said the label asked him to consider putting a few of the full-band songs planned for "Gift Of Screws" on "Under The Skin" to make the album more palatable to radio, retailers and fans.

Buckingham, though, stuck to his vision of keeping "Under The Skin" in its acoustic-centric form, and Warner Bros. didn't push the issue, although the label indicated it wouldn't put a big push behind "Under The Skin."

The reaction to "Gift Of Screws" at Warner Bros. Records has been markedly different. And Buckingham said the CD he gave the label might be more musically accessible than even he expected.

"I was actually surprised because on the one hand I didn't really expect to make this as rock and roll as it turned out," Buckingham said. "But once I got my road band down and we started cutting some tracks in my studio downstairs, it just wanted to go that way.

"I'm fairly used to a conservative response, shall we say, from the record company as regards to my work," he said. "But they're pretty excited about this record."

Warner Bros. has good reason for its enthusiasm. "Gift Of Screws" sounds like a CD that could enjoy considerable popularity.

The album is not without its edgy moments. It opens with a pair of quirky (but also attention-grabbing) songs, "Great Day" and "Time Precious Time," before shifting more toward the kind of finely crafted, melodic pop that made Fleetwood Mac multi-platinum superstars.

Buckingham is featuring several songs from "Gift Of Screws" on his tour this fall. The shows find him joined by the same musicians that played on his tour to support "Under The Skin" — Neale Heywood (guitar), Taku Hirano (drums) and Brett Tuggle (bass, keyboards). The character of the evening, though, will be different.

"Last time I was spending a lot of time out there by myself doing single guitar pieces," Buckingham said. "I'm still doing some of that, obviously, but we're going to hit the ground running this time and rock a bit more. That seems to be what the ("Gift Of Screws") album is doing."

Buckingham's tour will run well into the fall. After that, he plans to turn his attention to Fleetwood Mac, the group he joined in 1975 along with his then-girlfriend, singer Stevie Nicks.

The band recently announced that it will tour the United States next year. But this outing will feature the four core band members — Buckingham, Fleetwood, McVie and Nicks, a change from earlier this year when Sheryl Crow announced that she was likely to join Fleetwood Mac for the tour and possibly an album.

Buckingham said Crow's statements caught the band members off guard, and the idea of inviting Crow into the band never went beyond the discussion stage. The whole issue, Buckingham noted, grew out of the fact that Nicks, who is good friends with Crow, was interested in adding a woman to Fleetwood Mac to replace retired singer-keyboardist Christine McVie.

On the tour supporting the group's 2003 CD, "Say You Will," Nicks missed the male-female balance that Christine McVie brought to Fleetwood Mac, and floated the idea of adding Crow.

"I think she (Nicks) missed Christine's presence," Buckingham said "She missed that kind of mitigating force that sort of glued (things) together. And consequently when it came down to us contemplating touring next year, I think Stevie was possibly looking for some sort of a comrade on stage.

"The whole thing was a complete hypothetical," Buckingham said. "There had been no real, anything set in stone at all. It was just something we were considering, period."
Nickslive at Saturday, August 30, 2008
Share