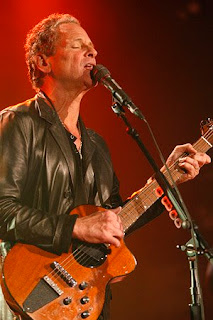 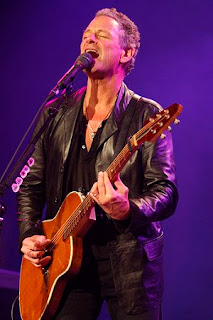 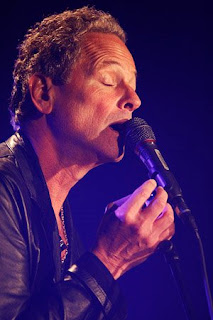 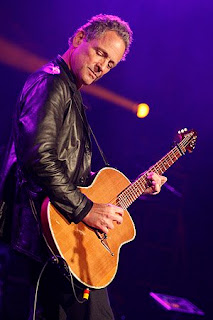 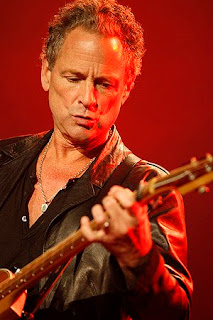 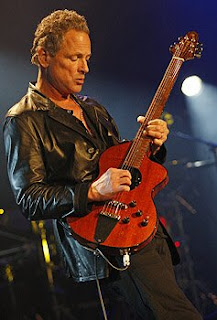 
October 2nd was a night of many temptations. A much anticipated Vice-presidential debate was playing on the telly, Beck, Alanis Morrisette, and Weezer were in town, the Cubs and Dodgers playoff game were at Wrigley. If that still wasn’t enough, Lindsey Buckingham was playing an intimate show at the House of Blues. The large, but not sold out crowd, made their choice and showed up to see the guitarist of Fleetwood Mac fame confidently display a night of his guitar playing prowess.

On the eve of his 59th birthday, Lindsey and his band took over the stage appropriately opened up with “Great Day,” featuring two guitars seamlessly trading off riffs. Lindsey known for playing his guitar finger style can cover more ground on a fret board than the average guitar player.

Lindsey followed with “Love Runs Deeper,” also from the new album Gift of Screws. The soaring solo resonated off the great acoustics of the venue. Simple notes that rock with passion elicits comparisons to the classic musical mantra from the Fleetwood Mac mega hit “Go Your Own Way.” Many of the songs played tonight were showcased from the new album. Previously Buckingham’s solo work tended to be experimental in nature but this new release contains mostly songs that are easy to grab on to and in turn accessible.

While “Trouble” was playing, if you closed your eyes you could swear that you were at a Fleetwood Mac concert with Christie McVie and Stevie Nicks were singing backup. It was blatantly obvious how much influence Lindsey had on the sound of his former breakout band and intermittent touring mates. All night long easily recognized Mac songs were mixed in with Lindsey’s own pieces keeping the attentive crowd guessing and eager for the next selection.

Mid-concert, while introducing “Big Love,” Lindsey shared a little insight that when he wrote the song most of the people around him were all in screwed up relationships, hurting themselves with drugs and booze in Malibu. It was a volatile time and he was glad to have lived through it and persevere. He now has 3 children with his beautiful wife Kristen, whom he introduced and called out onto the stage. 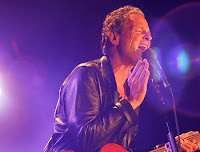 Always the performer, after finishing yet another well crafted song, Lindsey could be found at the front of the stage hugging his guitar and soaking up the adulation from the enthusiastic and polite middle aged audience. An experienced showman, he knows how to give the people what they came to see. His solos were performed in a trance, emphasizing simple yet powerful riffs packed with passion and musical intensity.

An unexpected highlight of the night was of all things the drum solo, which was entertaining to say the least. Half way through, the percussionist cut his ring finger on the drum he was beating with his bare hands. If you didn’t see him sucking on his finger between beats or showing the drum tech his bleeding appendage you wouldn’t have known that something was amiss. A true performer, he carried on and only bandaged up after he was done.

The show was beginning to take on a special character as they continued with “I’m so Afraid,” featuring an epic solo that had just a hint of Pink Floyd in it. Lindsey held a single note for what seemed like forever…long, intense, passionate…a holy shit moment. Follow that with a goose bump-raising rendition of “Go Your Own Way,” where Lindsey leaned into the front row and let them touch his guitar as he played the signature solo with all he had, now the house was rocking!

The band consisted of Neale Heywood on guitar, Walfredo Reyes who comes from a family of percussionists on drums, and Brett Tuggle, whom Lindsey referred to as the genius of the band, on guitar, bass and keyboards. Lindsey was clearly grateful for the musician’s life he leads and once again proved his commitment and passion to playing music from the depths of his being.

Lindsey Buckingham closed the show with “Time Precious Time,” a mind-blowing finger picking piece that demonstrated yet one more time why this artist is timeless. In the end, no one seemed to be disappointed in the choice of entertainment for the evening.