Stevie Nicks and Jimmy Iovine opened the presentation to Morris 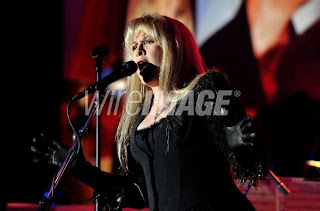 In a presentation that was both moving and jubilant, Universal Music Group chairman/CEO Doug Morris received the City of Hope Spirit of Life Award Wednesday night (Oct. 14) at a benefit dinner that raised a record $10 million for the Duarte, California-based cancer research and treatment hospital.

Morris and his family donated $1 million of that, in a tribute to longtime City of Hope dinner chair Zach Horowitz, and his father.

"Tonight the heart of this industry is in this big tent - and it's a big heart and a generous heart," Morris said. 1,900 people attended the event, which was held in a tent on the beach in Santa Monica.

Stevie Nicks and Jimmy Iovine opened the presentation to Morris. Nicks recalled a childhood friend who 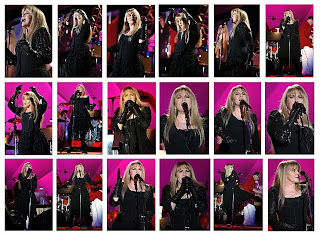 received treatment for leukemia at City of Hope; during the course of treatment the woman realized she was pregnant. "[City of Hope] said to my beautiful friend 'What can we do for you?'" Nicks said. "And she said 'Keep me alive long enough to have this baby.' And they did."

Nicks worked closely with Morris during this trying time in her life and graciously remembered his support. "He listened to me cry on the phone when Robin was dying," she said. "And he made it OK. He made it all OK. That's who our Doug is."

Iovine spoke of Morris's generosity on a professional level. "Doug's mantra has always been that the people who do the job have to get the credit," he says. "He knows no other way."

The entertainment for the evening was billed as the "Doug Morris Motown Revue," a tribute to the 50th anniversary of the founding of Motown. "Few executives these days are true music people," said Berry Gordy. "Doug Morris is one of them."

Another Universal executive with a definite musical bent, Geffen Records chairman Ron Fair, conducted the Universal Orchestra through a set that literally had attendees dancing in the aisles.

The event ended with the Clique Girlz and the audience serenading Morris with a karaoke version of The Chiffon's "Sweet Talkin' Guy."
Nickslive at Thursday, October 16, 2008
Share