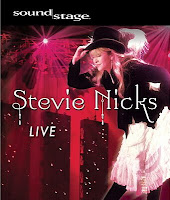 Another twist in the saga of Stevie's "Live" Soundstage DVD

It hasn't technically been released commercially except through PBS - but Sears is now apparently selling Blu-Ray editions of the discs for $24.99. The discs began showing up on eBay over the week much to the surprise of everyone and many at first doubted it's authenticity, but it's been confirmed that yes, it's now available in the Blu-Ray format, but only at Sears (of all places). The cover and track listing are the exact same as what PBS was initially selling after the airing of the show in July, 2008 and there's no booklet inside.... It's been confirmed through various purchases that it is in fact - a Blu-Ray edition - so if you can't wait for the commercial release in March (I'm assuming it will now also be released in the Blu-Ray format in March along with the standard DVD format) then head on over to your local sears, or order it on-line. 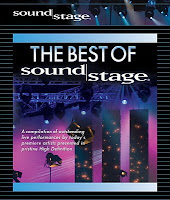 Also... Sears has a "Best Of Soundstage" Blu-Ray disc that features one track from Stevie's show - "Gold Dust Woman" and also Fleetwood Mac's "The Chain". Incidentally, I don't recall Fleetwood Mac's Soundstage DVD being released in the Blu-Ray format... so this one track is a first - $24.99.