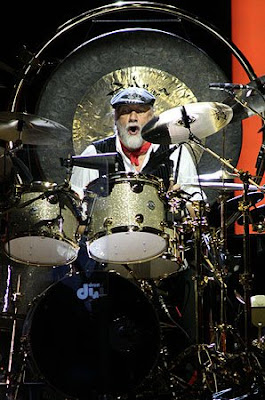 
I remember the summer of the Rumors album when the seminal album dominated radio. The album turned the once blues band led by Peter Green into pop superstars. The “Classic line-up” (minus Christie McVie) is back on the road for the first time without any new material selling out arenas and delivering their greatest hits. 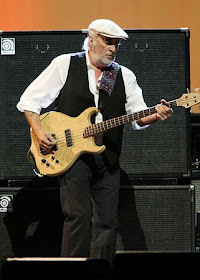 Opening up with “Monday Morning,” “The Chain” and “Dreams,” the band set the theme for a night full of musical nostalgia that had the packed audience satisfied, smiling, and on their feet singing along. The Unleashed tour has proved that there is still great interest in a band that’s set list consists of mostly songs that were released from the mid to late seventies. Lindsey Buckingham and Stevie Nicks are now front and center taking turns singing about their fractured history as lovers and band mates. Much has been said that the touring version of Fleetwood Mac these days is nothing more then the Lindsey & Stevie show. Perhaps, however isn’t that part of what has made Fleetwood Mac such a success? A band that some how managed to not implode while they dished out their stories of pain and loss to the world was part of the genius that made them. Without their rollercoaster of breakups, lovers and misery, the classic songs from the 1975 album Fleetwood Mac and 1977’s Rumors would never exist and most likely either would this tour. Fleetwood Mac has proven misery does love company and fans through the years have soaked it all up. Now without the added talent of Christine McVie, who has since retired from touring, we have only Lindsey Buckingham and Stevie Nicks to take us on their musical journey. McVie is certainly missed on this tour and equally has a catalog of Fleetwood Mac hits. However two out of three aren’t bad and The Unleashed tour has proven they have plenty of songs between the two of them to go around. 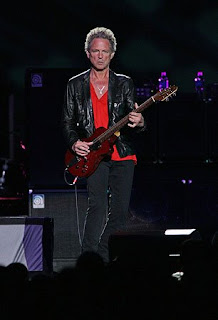 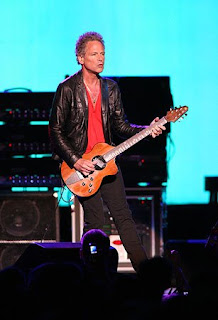 One thing that has never changed through the years with Fleetwood Mac is the solid rhythm section of both John McVie and Mick Fleetwood. Who could imagine them not being there in the shadows helping the band to keep time? Buckingham tonight proved he may be one of the most under-rated guitarists of our time. Twice in the evening he stole the show with his amazing guitar picking skills. First time was during the Tango in the Night’s tune "Big Love." Buckingham’s stripped down acoustic guitar version proved to be mesmerizing and at times technically impossible – does that man have more then 5 fingers on each hand? Later in the evening for the extended solo of “I'm So Afraid,” Buckingham delivered some of the most beautiful noise that I’ve ever heard as he dominated the stage with a scorching solo that left the audience both exhausted and begging for more.

Some of the musical highlights were equally delivered by the incomparable Stevie Nicks. Nicks may have benefited by McVie’s absence, allowing her to showcase songs from both her Mac days and solo career. Although Nicks doesn’t twirl around the stage with as much agility as the old days, her take on “Rhiannon,” “Gold Dust Woman” and “Stand Back” proved she could still deliver nice live renditions of these timeless classics. 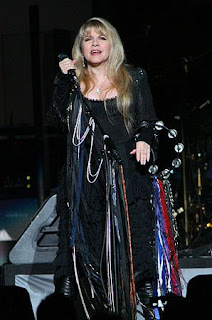 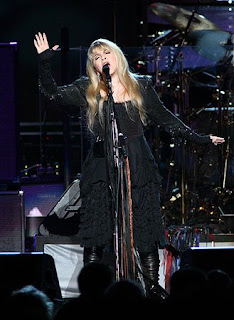 Christine McVie may have been absent physically from the night but that didn’t mean the show didn’t feel her presence. You could feel her influences with songs like “The Chain” and “Don’t Stop.” Stevie and Lindsey even took on her song “Say You Love Me” by sharing lead vocals with mix-results. It’s hard not wanting to hear the sheer eloquence of McVie‘s vocals that have always shined in the classic 1975 tune.

Call them a nostalgic act, call them what you like but Fleetwood Mac has a catalog of hits that would make any band today envious. Fleetwood Mac has always been a band that feeds under duress and these days all of the internal politics seem to have been healed through the years. Time will tell if the band will venture back into the studios for another album. Perhaps without any inter conflicts the band has lost their artistic edge. Regardless, Fleetwood Mac has delivered a wealth of material that has proven to be timeless.
Nickslive at Wednesday, May 13, 2009
Share