FLEETWOOD MAC WAS 10th HOTTEST TOUR OF THE SUMMER 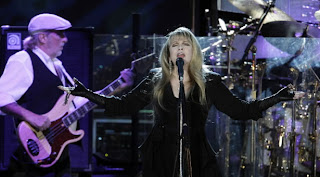 Plenty of people willing to pay premium prices for enhanced concert experiences. "You had Mick Fleetwood doing meet-and-greets all across the country this summer, and that's something you may not have seen in years past."

The data are from Boxscore reports published by Billboard and analyzed by USA TODAY.

TOP 10: See which acts were big at the box office

What they did
The legendary band kicked off its Unleashed tour in March and kept it going strong well into the summer. It was the first tour in five years for Mick Fleetwood, John McVie, Stevie Nicks and Lindsey Buckingham.

Why it worked
"These songs are part of music fans' DNA, and they still want to come out and hear them performed live."